A new zero-day vulnerability has been discovered in Windows 10 and posted to GitHub by a security researcher. Known as a local privilege escalation (LPE), the demo exploit code is now available on Microsoft’s open code repository.

If you are unfamiliar with LPE vulnerabilities, they are a common in the latter parts of attacks. Bad actors cannot use LPE’s to access a system, but they can elevate access once a host has been compromised. For example, increasing access from low-level to admin-level.

Through the exploit, attackers can elevate their system privilege and gain control over a whole machine. Security researchers have tested the Windows 10 vulnerability on 32-bit systems, but it would theoretically work across other Windows versions, including legacy builds like Windows 7 and XP.

SandboxEscaper is the researcher who published the zero-day and has a history of finding and releasing Windows vulnerabilities. She is a controversial figure because he releases the zero-day’s without informing Microsoft about them.

This is a problematic strategy because it puts the vulnerability in the wild before Microsoft has a chance to issue a fix.

Earlier this month, we reported how Windows zero-day vulnerabilities have become big business for hackers. Over three years, a secretive bad actor has been selling Windows zero-days. 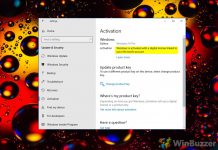