Microsoft has updated the of its Windows 10 Your Phone app with MMS support. Thanks to the new functionality, Windows Insiders are able to send GIFs and images via text message directly from their desktop.

Though earlier builds of 20H1 disabled Your Phone, it appears to be working perfectly now. As well as image and GIF messaging, Microsoft has been expanding its notifications and mirroring features.

As of last month, Galaxy S10, S10+, and S10e can mirror their phone screen in Windows, as well as the OnePlus 6 and 6T. With the release of the OnePlus 7 Pro, it’s a good bet it will get support, too, as well as the regular Oneplus 7 when it launches.

Insiders without participating phones can still access Your Phone’s notification mirroring features. This will sync Android notifications to their PC and let them dismiss them on Windows to remove them from the phone. Microsoft has promised support for notification replies in the future, which is very exciting.

Unfortunately, the functionality won’t be coming to iOS, despite Microsoft’s earlier plans. The company previously indicated it could offer limited functionality without Apple’s support, but likely decided it wasn’t worth the complex workarounds.

If the past is any indication, non-Insiders can expect similar text messaging functionality in the coming months. Those on the latest builds can grab it from the Microsoft Store. 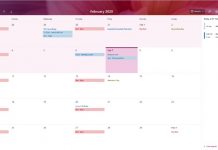