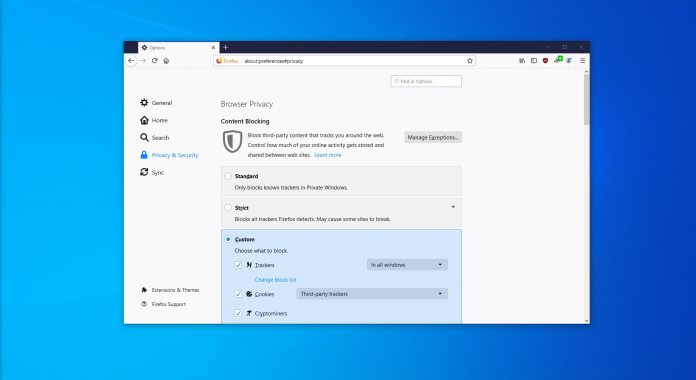 Mozilla has released version 67 of its Firefox browser, bringing some major improvements to its users. One of the largest is widespread support for WebRender, a technology that lets a variety of resource intensive apps and webpages run at a silky smooth 60 frames per second.

The feature is currently rolling out to Nvidia graphics cards, but it’s joined by performance improvements via other means. By lowering the priority of setTimeout during page load, suspending unused tabs, and painting sooner during page load, Mozilla has managed to make things faster.

On the usability front, Firefox 67 makes the toolbar and its overflow menu fully keyboard accessible. This should help for those with accessibility issues and generally makes browsing without using the mouse much easier. Meanwhile, users can now save passwords in private browsing and choose which extensions to use for security improvements.

Speaking of security, one of 67’s biggest additions is the ability to block crypto miners. This is available via the browser’s custom Content Blocking settings. The feature does not appear to be enabled by default, and Mozilla warns that content blocking can break some webpages.

Finally, the browser will not utilize a higher AV1 encoder, while its high-performance JavaScript compiler will work with Windows 10 on ARM devices. Users can grab updates via the usual method or download Firefox manually via the official site.