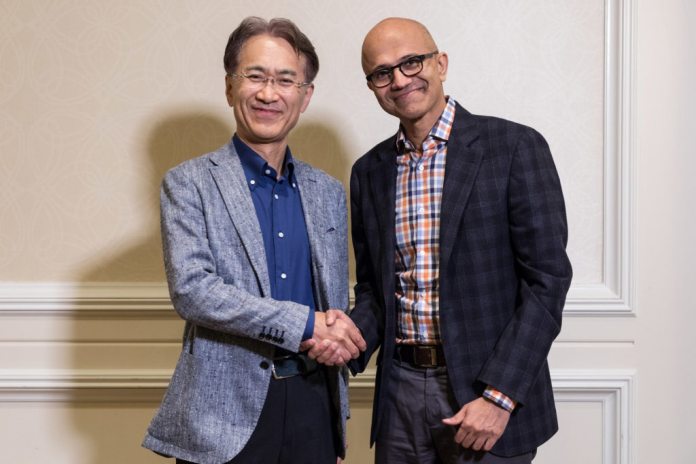 Last week, Microsoft struck an unlikely partnership with Sony. Considering the rivalry between Xbox and PlayStation and a previously frosty relationship, the collaboration was something of a surprise. Not least because the companies will work on cloud gaming solutions in Azure.

“For many years, Microsoft has been a key business partner for us, though of course the two companies have also been competing in some areas,” said Sony CEO Kenichiro Yoshida in a statement last week. “I believe that our joint development of future cloud solutions will contribute greatly to the advancement of interactive content.”

It seems the partnership also shocked employees in Sony’s PlayStation gaming division. In fact, staff in the company were utterly surprised by the deal, which was not signaled internally at all.

The message within Sony has been Microsoft and particularly the Xbox brand is the enemy. Interestingly, while Sony was dismissing Minecraft Cross Play support it was negotiating with Microsoft on the cloud gaming collaboration.

Staff within PlayStation were so shocked managers needed to “calm workers” according to Bloomberg. The report says executives assured staff “that plans for [the PlayStation 5] weren’t affected”.

It is widely believed Sony has sided with Microsoft because it is struggling to compete in cloud gaming. Microsoft is already making strides in this area with its Project xCloud solutions. News of the collaboration appealed to Sony shareholders as the company’s stock jumped 9.9% through Friday following the announcement.

“Sony has always been a leader in both entertainment and technology, and the collaboration we announced today builds on this history of innovation,” Nadella said in a statement. “Our partnership brings the power of Azure and Azure AI to Sony to deliver new gaming and entertainment experiences for customers.”