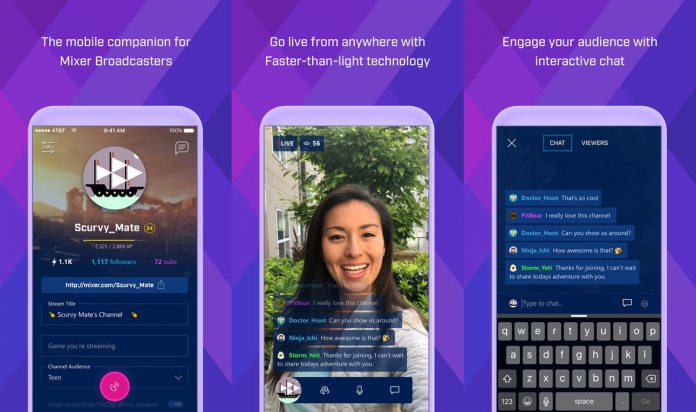 Microsoft is making steady progress with its Mixer app, and this week marks a number of important new features. Version 4.4 of its iOS version brings several large improvements to notifications, as well as video streaming and customization.

Users will notice fairly quickly that Mixer now surfaces notifications for events on the platform or timed events for specific games. Users will be able to toggle this feature in their profile settings, while a new What’s New dialog will provide further information.

Critically, Microsoft is also testing automatic quality on videos. It will be available to select users this update but will roll out to more users in the future. This addition will be a lifesaver for users with an unstable connection or those on mobile data.

For now, this feature is still in the early stages, so it’s possible users will experience some issues. However, sufficient testing should lead to a largely buffer-free experience for all but the worst internet connections.

At the same time, Microsoft is working on granular audio quality (via OnMSFT). Though video is the main culprit when it comes to data use and performance, audio does have an impact. The ability to adjust on the fly should help those with data caps or low-spec devices.

Mixers previous update on iOS brought awaited Google Cast support, a video player UX refresh and some major fixes to video. Slowly, the mobile versions are catching up to their web counterpart, though there are still some remaining usability issues to iron out.