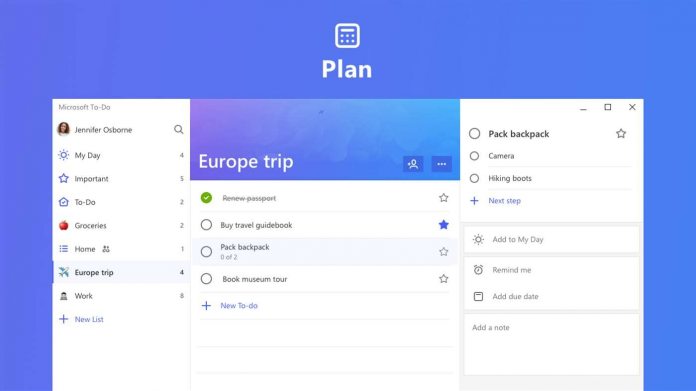 Microsoft To-Do has scored a large update across desktop and mobile that brings deep Microsoft Planner integrations. As of Thursday, tasks from Planner will appear in To-Do automatically.

This functionality first rolled out in beta to the Android app, so we have some idea of how it works. Once you toggle syncing, Planner tasks will appear under a new ‘Assigned to me’ list to separate them. You’ll need a work or school account to make use of Planner but other than that, it’s a simple sign-in process.

Outlook Flags and My Day Support

The addition of desktop support completes the circle, meaning users can utilize the integrations as a daily driver across devices. If they wish, users can also add Planner tasks to My Day to ensure they don’t miss anything vital. Adding a due date will put it in the ‘Planned’ list.

“You won’t just find your tasks in the Assigned to Me list—if you have a due date set then they’ll also show up in your Planned list,” explains the Microsoft To-Do team’s Polly Davidson. “This means that you get a view of everything coming up today, tomorrow, or for the rest of the week. If the due dates don’t fit in with your work schedule, then you can change them, and it’ll also sync back to Planner. And if you’re a firm fan of My Day then you’ll also find them popping up in Suggestions.”

In general, Microsoft is working on bringing To-Do closer to its other services, with flagged emails being one example. Users can choose to import emails they’ve marked as important into the service to save manual additions.