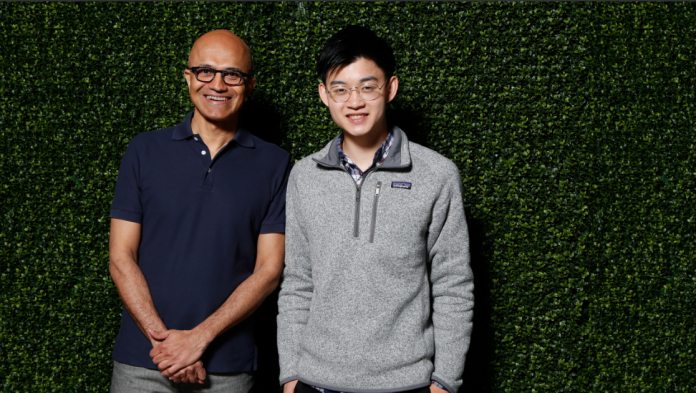 Microsoft chose EasyGlucose as its Imagine Cup winner at Build 2019, awarding its creator a $100,000 investment. The award is an ending point for many local student competitions across the world and looks to award creative thinking and the application of computer science to change the way we live.

EasyGlucose certainly meets that brief, combining a macro lens attachment for phones with machine learning to read diabetic’s levels in a non-invasive way. Creator Bryan Chiang hails from the US’ UCLA, and went head to head with two finalists from the UK and India.

“I want to make cost-effective and painless blood glucose monitoring to all diabetic patients around the globe, and Imagine Cup enables me not only to share my idea and get invaluable public feedback, but also to obtain funding and keep validating and improving EasyGlucose,” said Chiang.

The tool works by measuring changes in the eye’s iris. The macro attachment cuts down on noise, while neural networks cut through remaining noise to find a usable signal. This can then give diabetics a hint of their levels.

As well as the cash prize, Chiang will receive $50,00 in Azure grants, ongoing mentoring from M12, and a session with Microsoft CEO Satya Nadella. The show was judged by a panel of three experts looking for the most comprehensive idea.

Team Caeli from India received the second place prize for its anti-pollution and drug delivery mask designed for asthmatic patients. To do so, it used ‘breakthrough features’ and Azure’s machine learning.

Meanwhile, the UK’s Finderr placed third with a solution to aid the visually impaired. Through the use of Azure Cognitive Services and machine learning, its app helps users to find lost objects.

It’s worth noting that to get to this point, the participants won smaller competitions of their own. They’ll go home with $40,000 in Azure grants and Surface Laptops.