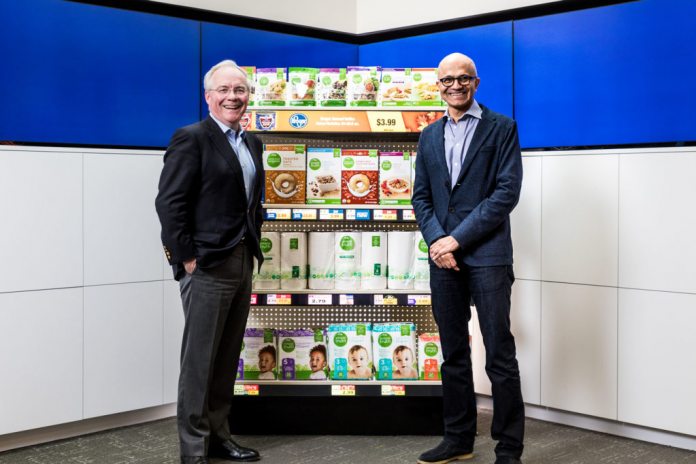 When it comes to the cloud, AWS is still the clear winner, but Microsoft has been making significant gains. Part of that, according to Business Insider, is the tech giant’s lack of competition in client’s sectors.

According to one source, CEO Satya Nadella met with WPP CEO Mark Read to discuss their partnership. During the discussion, he emphasized that while Microsoft is fine with WPP building apps on its platform, it also wants to enable it to build its own platform.

The bottom line is that companies don’t necessarily trust their transactions with Amazon, a major player in the retail market and a competitor to WPP in ads. Microsoft, meanwhile, has a significant infrastructure but partners with WPP for Bing ads and barely participates in retail.

This fact has reportedly won over more than one customer. BI suggests this is a contributing factor to Microsoft’s deals with Kroger and Walmart, which see Amazon as a huge threat.

However, it’s worth noting this tactic doesn’t work with everyone. Netflix is still with Amazon, despite its competing video service. Slack has been on AWS since 2009, and the rival that’s Microsoft Teams means a switch is unlikely any time soon.

Still, it’s difficult to image companies would be trusting of the Microsoft of a decade or so ago. The one who’s internal motto was “embrace, extend, extinguish”. The shift in corporate culture that came just before Nadella lends itself well to a cloud and enterprise-focused organization. As the battle between the two cloud giants continues, it’ll be interesting to see what kind of effect Microsoft’s fear tactics have on other clients.