Social media sites are starting to give users the posts that are most important to them in a more efficient manner. Hardly any service has been excellent at delivering the most important posts to you in the easiest manner. Microsoft’s LinkedIn has now joined Twitter and will launch a post prioritizing feature called Teammates.

“We’ve heard from you that you don’t want to miss posts from your teammates, so you can comment on their latest project, extend congratulations on a work milestone, or chat about the trending news of the day.”

While not available yet, the Teammates feature will allow professionals to prioritize which posts they want to see on LinkedIn. Twitter has recently debuted a similar feature, but it seems the LinkedIn version will be a little more complicated.

That’s because there is no simple toggle setting. Instead users will have to add coworkers and important contacts into the mobile app, which gives permission for them to become prioritized. By doing this, posts by these contacts will be front and center when something new is added. 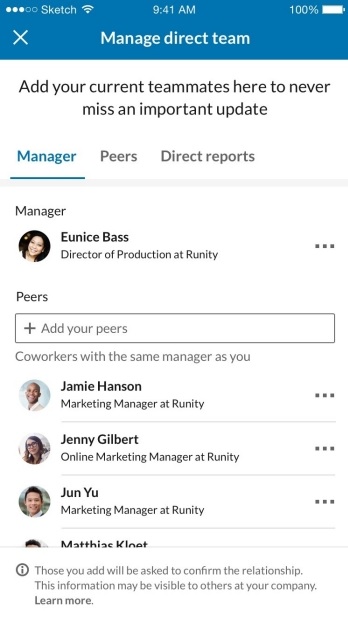 “Once the feature goes live you should see the text “Add Teammates,”  where you can specify your manager, peers and/or direct reports and from there, we’ll prioritize updates in your feed about your team’s activity on LinkedIn, such as posts, comments, likes, shares, and work anniversaries.”

LinkedIn says Teammates will make its debut in the coming months. Its availability will initially be limited to the United States. The company says support for other regions will arrive later. Teammates works across mobile or desktop versions of the service.