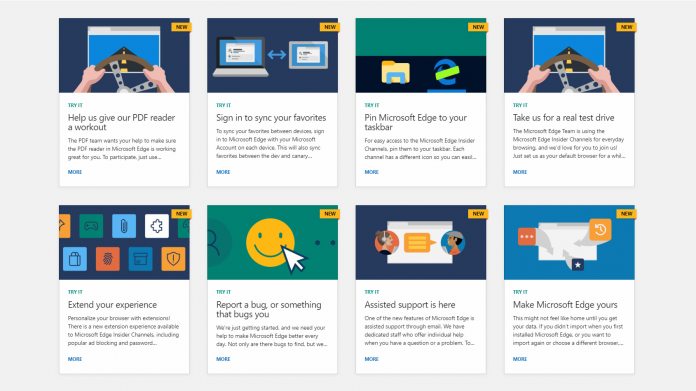 The first weekly update is rolling out for Microsoft Edge’s Dev channel, bringing new features and a version number of 75.0.131.0. One of the most significant is the addition of a PDF reader, which was always a strength of the original Edge.

Unfortunately, a fully formed PDF editor isn’t what you’ll get here. Though Chromium Edge still performs well, its missing many of its counterpart’s features. There’s no ability to annotate, erase, or highlight, nor can you switch to a page-based view, Read Aloud, or save a copy.

Of course, the browser isn’t even in beta yet, so limitations like this are to be expected. The bottom line is that you’ll no longer have to switch browser to read a PDF, which is always a good thing. Meanwhile, 32-bit Edge fans will get access to the browser for the first time. At least, so long as they’re on Windows 10. Mixed Reality support for WebVR/XR content is also available.

Finally, Microsoft has rolled out a fix for media casting via the browser. Users should be able to Chromcast tabs via the ‘more tools’ options. Like Chrome, you’ll also be able to cast your entire desktop.

Known issues in this build include a broken spellchecker and issues with Chrome extensions that use Google accounts. The browser will soon receive a dark mode, grammar checker, translation, and improved smooth scrolling.

You can grab the latest dev version of Edge from the official site, or go to Settings>About Microsoft Edge in the browser. The general consensus is that its a very strong competitor to Chrome, despite its early stages.