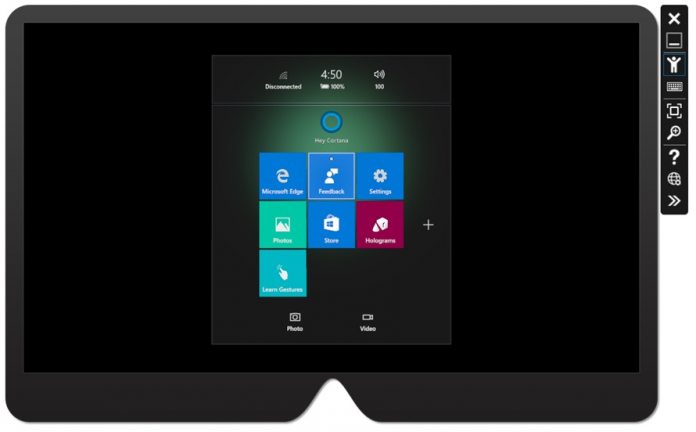 As before, the emulator is good news for developers who want to see how the HoloLens 2 UWP functions, but don’t have $3,500 for the headset.

Visual Studio is integrated into the emulator, and Microsoft says users need Hyper-V for it to function:

“The HoloLens emulator allows you to test holographic apps on your PC without a physical HoloLens and comes with the HoloLens development toolset. The emulator uses a Hyper-V virtual machine. The human and environmental inputs that would usually be read by the sensors on the HoloLens are instead simulated using your keyboard, mouse, or Xbox controller. Apps don’t need to be modified to run on the emulator and don’t know that they aren’t running on a real HoloLens.”

Microsoft MVP Joost van Schaik posted a video showcasing the HoloLens 2 Emulator in action, you can see it above.

As you can see, the app now looks a lot more like the Windows Mixed Reality UI. That is logical considering Windows MR was not around when the first emulator launched. Input is handled through mouse, keyboard, or with an Xbox One controller.

Microsoft announced HoloLens 2 back in February, updating several elements over the original model.