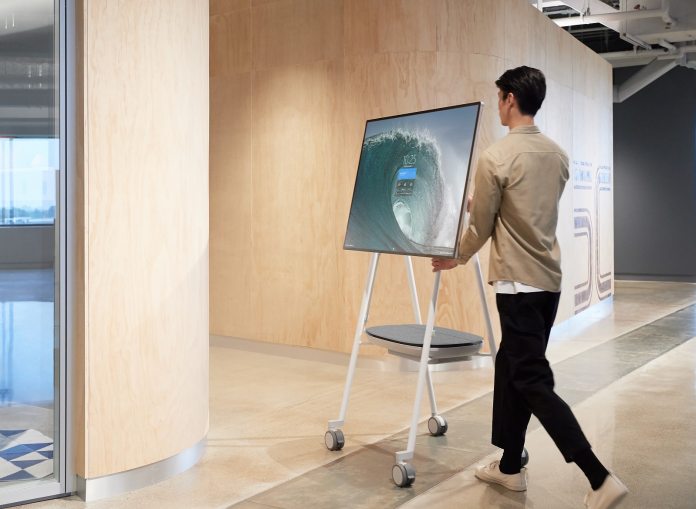 Microsoft yesterday expanded its Surface Hub series with the new Surface Hub 2S. As the name suggests, this is a new model in the Surface Hub 2 range. It sports a 55-inch touchscreen and will retail for $9,000.

Also, Microsoft said it will launch a new 85-inch version of the existing Surface Hub 2. No price tag has been placed on this larger model, although the company says it will be released in 2020.

In terms of the Surface Hub 2S, it is another large screen touch-enable TV with a full Windows 10 PC inside. Because of this, users can access Microsoft’s full suite of Windows apps and services and any other third-party program supported on the platform.

As with other Surface Hub products, the 2S is a collaborative device designed for corporate situations. Users can gather and interact, while a battery pack allows it to be moved around the office.

That’s really the selling point of the Surface Hub 2S, its portability. Microsoft says the device can be easily moved around. Yes, this is a 55-inch TV so picking it up and lugging it from room to room would hardly be easy.

However, Microsoft has teamed with design company Steelcase to call a cart for wheeling the 2S around. Called the “Roam”, the cart has yet to begiven a price and its release date remains TBD. As for battery power, APC provides the power pack, which fits neatly into the Steelcase Roam cart. Again, no pricing or availability have been offered.

As for the Hub 2S, we do know when it will arrive. Microsoft says it will roll out the device in June at $9,000 apiece.