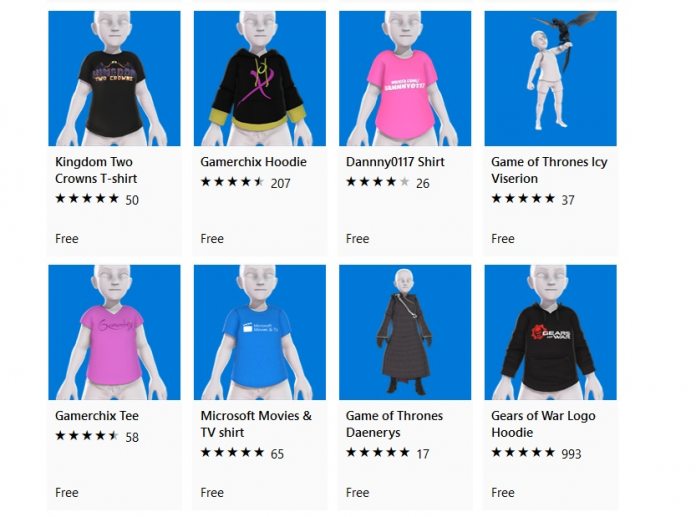 Microsoft is expanding its Xbox Avatar choice this week with some characters and items based on popular media properties. Xbox Live users can now tap into avatars from such pop culture smashes as Game of Thrones, Shazam, and Mortal Kombat.

While these new Xbox Avatar items are cool in themselves, what makes them better is they are all completely free. It seems the related properties are using Microsoft’s system to get some free advertising, while in return users get free items. Win-win.

For Game of Thrones fans, the new Jon Snow and Daenerys costumes are likely to be appealing, as is the pet Viserion that can now accompany your avatar.

Elsewhere, Xbox Avatars now include a Shazam costume, Warframe outfits, Mortal Combat 11 clothes, a Sekiro t-shirt, and a Borderlands 3 mask. If you’re interested in any of these items, you can check them out from Microsoft here.

All the new items are part of Microsoft’s revamped Xbox Avatars system, which went live last year. At E3 2017, Microsoft launched the avatars with a promise they were equality-minded and would launch later in the year.

“The new Xbox Avatars are built from the ground up in to enable an unprecedented amount of inclusive customization options. We will continue to grow these selections over time.