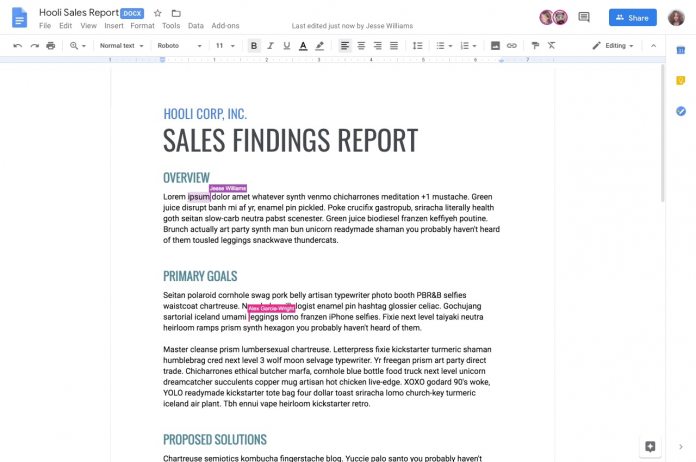 Whether Google likes it or not, Microsoft’s Office is the most popular and widely used productivity suite. Users receive Office documents on Gmail and want to open and edit them right there in Google Docs.

While opening and viewing Office files has always been easy in Docs, editing them has been a frustrating experience. Google would previously make users convert the files into its own format before editing, collaborating, and commenting.

“In cases where some members of your organization use Office while others use G Suite, this ensures seamless collaboration and eliminates the need to consider or convert file types. Office editing brings everyone the benefits of G Suite’s real time collaboration tools and intelligence features to Office files.”

Google initially announced the feature would only be available to commercial users running its G Suite platform. However, the company later confirmed this will work for all users. It is worth noting the change is not live yet, but could drop before the end of this month.

Here are the filetypes supported in Google Docs: