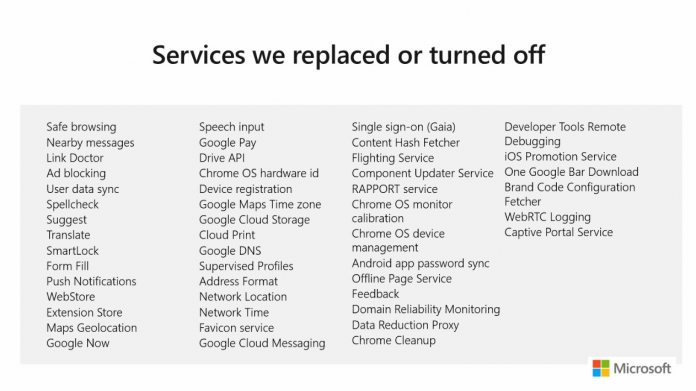 Insider builds of Chromium Edge have been met with praise from tech enthusiasts. It’s fast and lightweight, but users are wondering if it does enough to differentiate from Chrome. Thanks to recently discovered slides, we now have a lot more detail.

Twitter’s WalkingCat unearthed a PowerPoint presentation that details Microsoft’s reasoning behind the switch, as well as some under the hood details. One of those is a list of Google service Microsoft cut or replaced in its browser.

The grand total of 52 cut services includes tools like Ad blocking, Translate, user data sync, and Google Now. However, it also gets rid of the search giant’s reporting tools, ensuring users don’t have to worry so much about their data going to Google.

According to Web Platform group program manager Jatinder Mann, this proved quite difficult. In his slide notes, Mann explains that the sheer number of touchpoints for the services in the codebase caused merge conflicts.

Edge respects user’s preferences a little more. Signing into Outlook won’t cause an account link, with Microsoft accounts used more for syncing of bookmarks and history. The driving force behind this integration is a client SDK called OneAuth.

In fact, users have already noted progress in some of these areas, but statistics Mann shared show there’s a way to go to match Edge HTML. Though Microsoft has implemented some aspects of smooth scrolling in Chromium latency tends to be much higher, as does the number of missed frames. 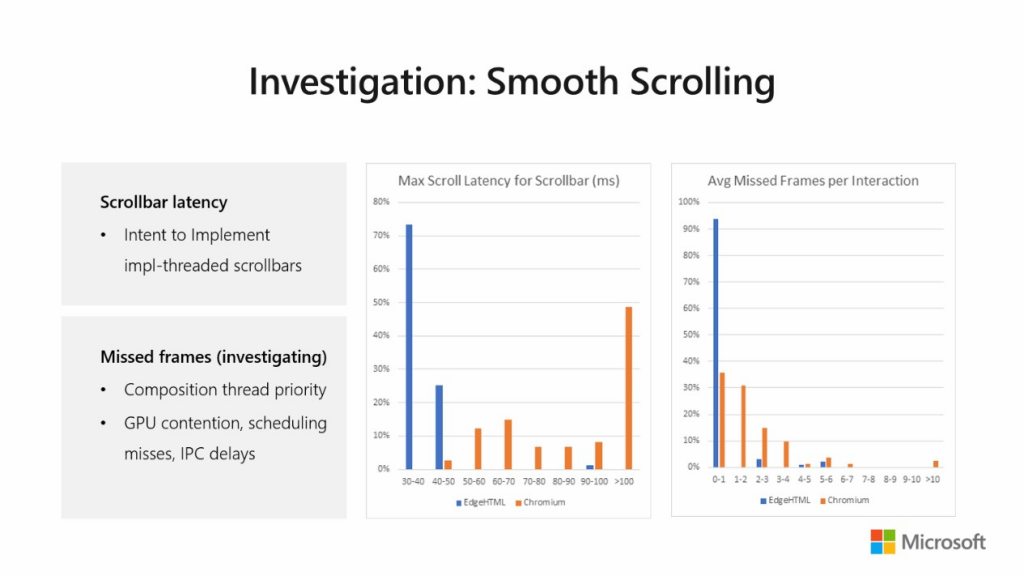 In terms of battery life, Microsoft also has work to do. Though investigations revealed a similar power consumption to Chrome, it was still way above that of EdgeHTML. The tech giant is looking at the high-resolution timer in message pump, disk cache during video playback, and audio off-loading to hardware to increase efficiency. 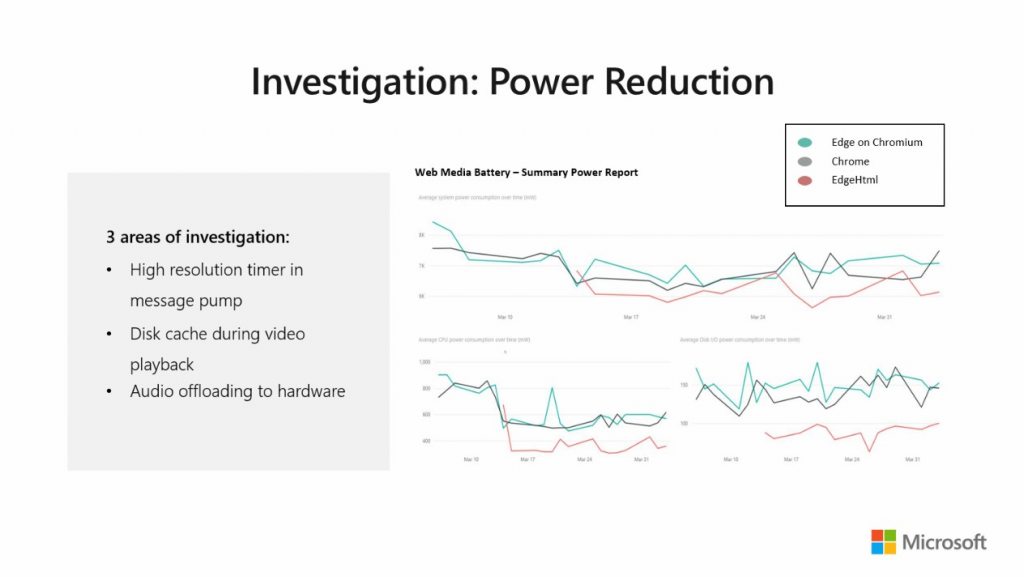 One area Microsoft has made good progress on is memory use in DLL prefetching. A graph shows a pretty massive improvement in Windows 10 Insider builds in comparison to the Chromium average. 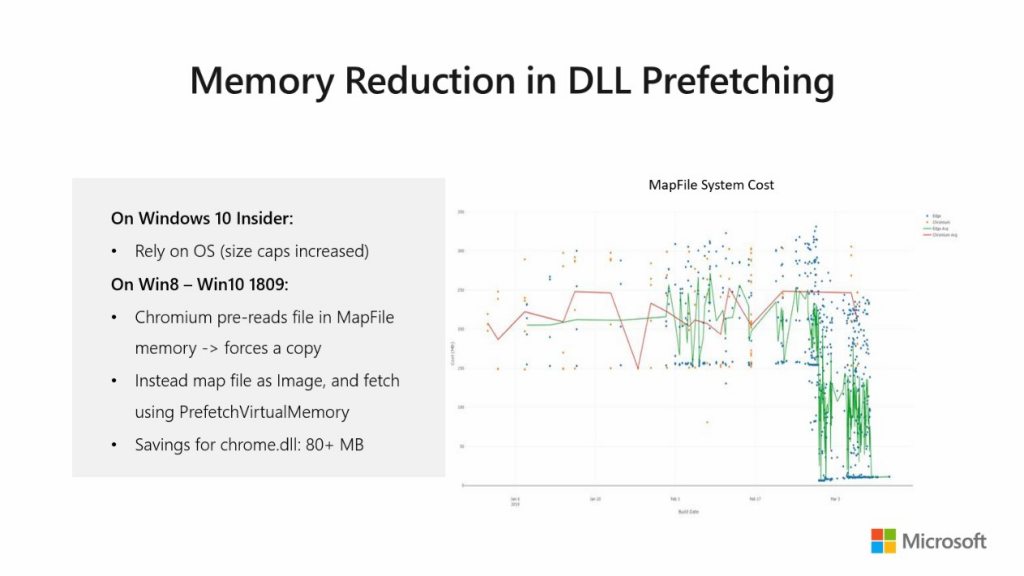 As Microsoft continues to work both these changes and feature additions, it will create a browser that isn’t dramatically different from Chrome but will better match the priorities of Windows 10.