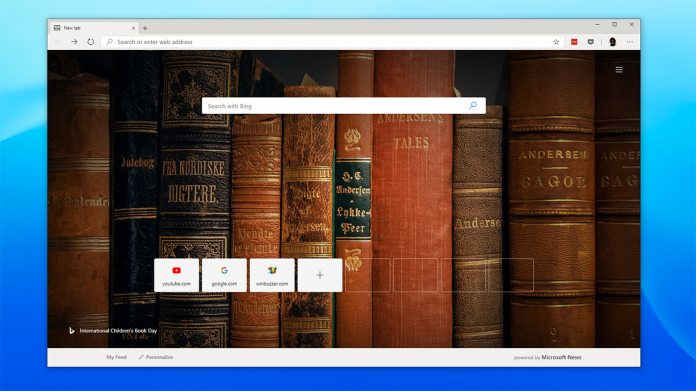 As it ports Edge to Chromium, Microsoft has made a number of suggestions for enhanced features. Among other things, the company is working on a high contrast mode and caret browsing for the engine, but they’ve yet to make an appearance in Google Chrome.

However, it seems Microsoft’s efforts aren’t falling entirely on deaf ears. A new bug report (via Techdows) suggests Google will add hardware keyboard text suggestions in its main browser. The feature has already made its way to Chrome Canary builds and is listed as Chrome version 71.0.3578.98 in the report.

The feature first debuted in the non-Chromium version of Edge, but work was required to bring it to Google’s engine. Microsoft has been working on TFS1 implementation in Chromium, and Google will piggyback off that.

Text suggestions are available via Settings in Windows 10 1803 and later, and seek to emulate the mobile keyboard experience. If enabled, Edge and Chrome will suggest words as you type for faster completion and spelling help.

It’s a small touch, but it’s a feature rival browsers like Firefox have supported for some time. Though it doesn’t have much of a place on desktop, it could be useful for those with accessibility issues or dyslexia.

We can expect more additions like this as Google and Microsoft move closer together in the browser space. Though there are valid concerns about the death of EdgeHTML, leaked versions of Chromium Edge have met a positive reception so far.

The browser takes much from Chrome while using fewer system resources and a UI more suited to Windows 10. It also makes improvements to smooth scrolling, supports Windows sandboxing, and ties into Microsoft services.

In general, there’s now very little Chrome can do that Edge cant. With the switch to Chromium, the extension gap is no longer a problem, and some have even indicated that the early version is already their default browser.