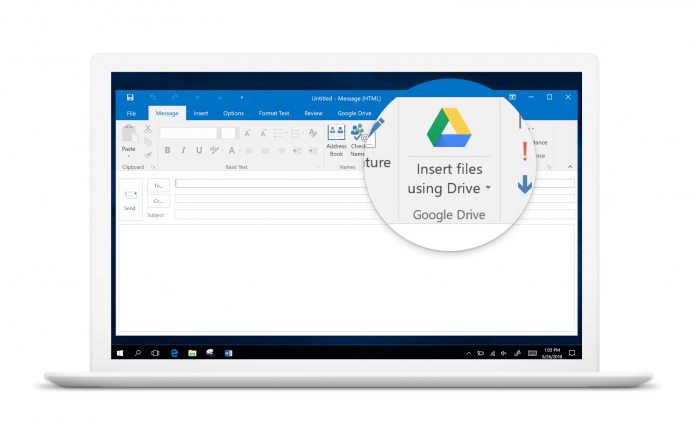 Google has decided its Google Drive cloud storage plugin for Microsoft Office is surplus to requirements and will be removed this summer. The company says it will shutter the plugin on Wednesday, June 26, 2019.

To ensure users know about the closure and to have time to find an alternative, Google has published an update on the plugin’s download page.

Launched four years ago, the Google Drive Plugin is now obsolete. Google is instead updating its Drive File stream service in Outlook by adding in the functionality of the Google Drive plugin.

Essentially, Drive File Stream will now save and open cloud files in its normal interface, removing the need for a separate plugin. In a blog post, Google explains how the update removes the need for the Google Drive plugin:

“New Drive / Outlook integration: The update to Drive File Stream will include a plugin to manage Google Drive files from Microsoft Outlook. This will make it easier for users to use Google Drive without leaving the Outlook interface.

New process to save to, or open from Drive: Drive File Stream users can save and open Drive files through the regular menu, rather than using the Google Drive plug-in for Microsoft Office interface.”

A new plugin for Outlook allows users to save attachments from Microsoft’s email client to Drive File Stream. This is all certainly more intuitive for Office and Drive users alike.