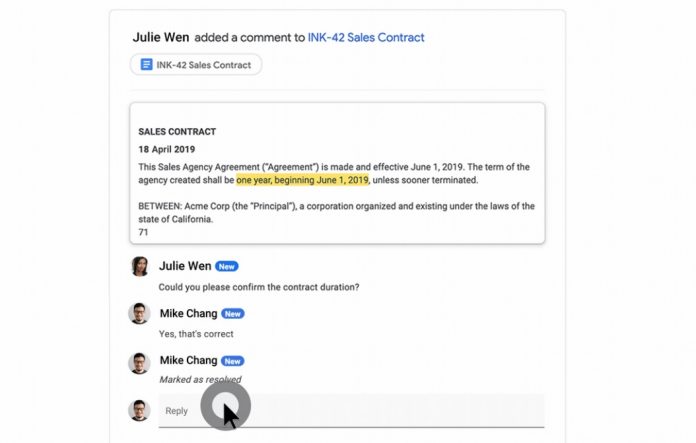 Microsoft and Google have both announced they will begin support dynamic email (AMPHTML Email) for their email clients. However, Google has jumped ahead of Microsoft by releasing its preview for Gmail. Microsoft says it will bring dynamic email to Outlook.com, but the preview will not go live until this summer.

AMP is a software technology that allows webpages to function significantly more quickly on mobile clients. For email services, AMPHTML is a format that uses AMP components to create a more interactive email experience, hence the term dynamic email.

It makes sense that Google is ahead in this development considering the AMP technology is its own.The company launched AMP pages in 2015 and the first websites adopting the technology arrive in early 2016.

Among the benefits of AMP are its ability to load websites in less than one second from Google search. Sites using the technology also use ten times less data than non-AMP services. That said, Google has received criticism for AMP, with many saying it is another attempt for the company to dictate how service should be created.

Google announced yesterday its AMPHTML integration in Gmail is now live in beta. The company points out dynamic emails provide more information and allow users to take direct actions within the message, such as RSVP an event. This removes the need for entering separate windows.

Using its own Docs apps as an example, Google shows how Gmail will now present a thread of comments that updates in real-time, instead of sending a notification every time a comment is made. Moreover, users will be able to interact with the comments directly within the email.

Google is rolling out dynamic emails to Gmail users in beta already, but only on the web. The company says mobile support will be arriving later. G Suite users can enable dynamic email across an organization through Admin console.

As mentioned, Microsoft also made an announcement regarding dynamic email yesterday. However, the company’s brief blog post feels like it was simply letting users know it is also embracing AMPHTML to not let Google steal all the glory.

“We are continually seeking new ways to provide outstanding customer experiences and drive advancements in email. As part of this pursuit, we are adding support for the AMPHTML email format as a preview in Outlook.com.”

Either way, the company says its integration of AMP into Outlook.com will be live sometime this summer. Microsoft will be adopting the AMP technology in another exmaple of the company embracing Google technology. A development of the Microsoft Edge browser based on Google’s Chromium is already nearing completion.