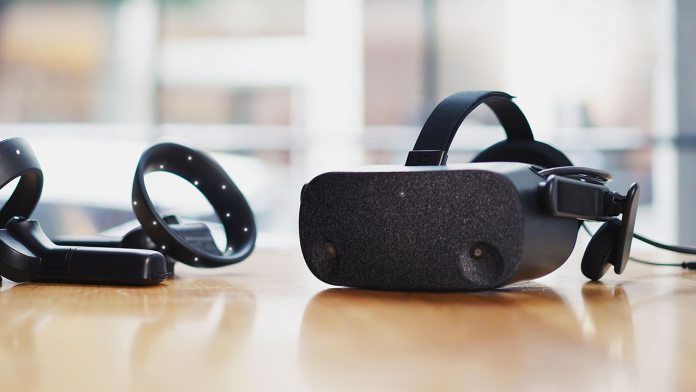 HP’s VR headsets haven’t reached the same popularity as the Oculus Rift or HTC Vive, but they haven’t exactly targetted the high-end. It’s upcoming ‘Reverb’ headset will change that, becoming the company’s most expensive offering yet.

At first glance, the Reverb seems to solve many complaints users have with current headsets. It’s light, comfortable, machine washable, and extremely high-resolution. It ditches circle lenses for squircle ones, outputting at 2160 x 2160 for each eye.

For context, that’s more than the best offerings from both HTC and Occulus. The caveat, though, is Reverb’s field of view. At 114 degrees, it’s a step up from the previous 105, but still not close to the Vive’s 145.

Still, that spec makes one of the sharpest headsets around, and HP says it will come in at just under $600. Strangely, the company is offering it in enterprise and consumer variants, but there’s little difference between the two.

The enterprise Reverb will be $649 and come bundled with a fabric face mask and a separate 0.6m cable. $50 seems a lot for those small additions, but organizations will probably be happy to pay it.

Of course, the high resolution of the headset does mean you’ll need a PC with significant power. HP is recommending a minimum of a GTX 1080, paired with an i7 and 16GB of RAM. Not particularly unusual for the resolution it’s pushing, but it could mean an upgrade is necessary for some users.

HP says both versions of the headset will launch in late April, with support for both Steam and Windows Mixed Reality. Early impressions suggest it’s the most comfortable headset around, even with glasses, beating out the recent HoloLens 2.