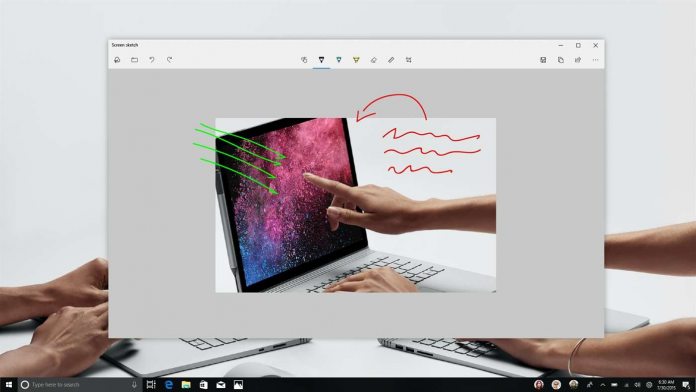 Users of the native Snip & Sketch application for Windows 10 are in for a treat. Microsoft has rolled out an update for the application, bumping it to v10.1901.10521.0. This is a solid update that makes some important fixes and tweaks the app.

If you are unfamiliar with Snip & Search, it was previously known as Screen Sketch. Microsoft rebranded the app last year with the release of Windows 10 April 2018 Update (version 1803).

Screen Sketch itself was a replacement for the older Snipping Tool and was integrated into Windows Ink. Snip & Search provides more power and functionality than its predecessors, including a keyboard shortcut (Win+Shift+S) for easy access. Additional features include creating screenshots in random shapes and an in-built image editor.

With the latest version, Microsoft has made general tweaks to the application. The company says it has changed the default same file format to png. Elsewhere, Narrator confirmations have been added when a snip is copied.

It seems the main focus of the new update is to fix numerous issues in the app. Microsoft provides the following changelog detailing all the changes made:

Snip & Search should update automatically to reflect the new update, but you can do it manually by visiting the Microsoft Store page here. You will need to be running Windows 10 October 2018 Update (version 1809) to receive this bump.