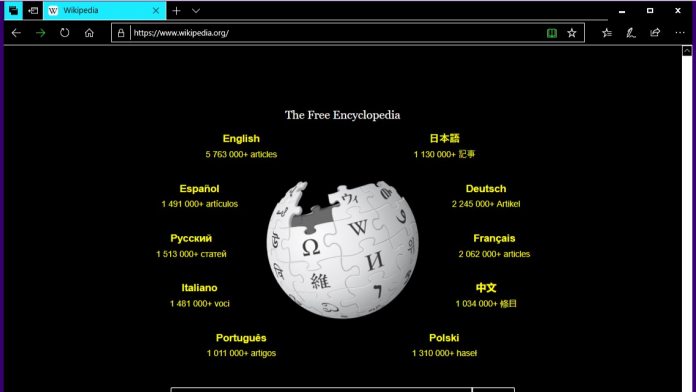 With a Chromium Edge in the works, Microsoft is now actively contributing to the code base, and that means bringing some of Edge’s features to Chromium. Earlier in the week, Microsoft talked about bringing Edge-quality smooth scrolling to the browser, and new Commits reveal further plans.

According to the Microsoft Edge GitHub, the company is looking to bring Caret browsing to Chromium. It wants users to be able to navigate and select using the keyboard only without needing to install extensions.

“The solution proposed in this explainer is to introduce native caret browsing in Chromium, a feature that is available in Mozilla Firefox, Microsoft Edge and Internet Explorer,” reads the GitHub commit. “In order to do that we suggest to implement a current common activation shortcut: F7 and confirm caret browsing activation with a dialog.”

Native Caret will ensure users can access the feature in incognito mode and enterprise scenarios while making it easier for Chromium applications to enable the feature.

Another mode that’s missing is native support for Windows’ high-contrast option. Currently, users are prompted to download an extension, which can be difficult for those with vision impairment and doesn’t have the same degree of customization.

Microsoft wants to keep the functionality of the current Edge in its Chromium version, so it’s looking at porting this over, too. With its implementation Chromium would automatically respect the OSes settings throughout the browsing experience.

Of course, these changes by Microsoft could also lead to implementation in Google Chrome builds. They share the same code-base, after all. It may also lead to disputes about the best way to do things, as we’ve already seen with smooth scrolling, where Redmond engineers believe the lag is a bug, while Google says it should be a feature request.

It’ll be interesting to see how both the browsers and relationship of the two companies evolve as development continues.