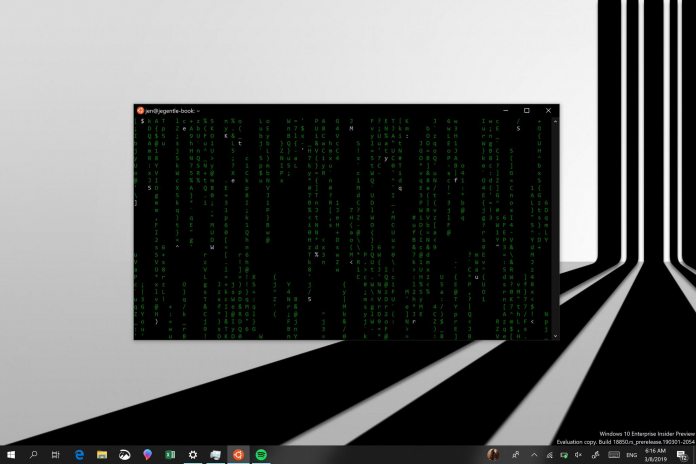 Users love Microsoft’s Dark Mode theme for Windows 10 apps and UI. While we wait for the obvious turn to a desire for Light Mode, it is Dark Mode that is currently illuminating the excitement of Windows fans. With Windows 10 19H1 next month, Microsoft will continue to expand its shadowy theme option.

Microsoft engineer Jen Gentleman took to Twitter to confirm Dark Mode is coming to the Windows Console with version 1903. The release will further the company’s unification of the darker theme across Windows 10 apps and services.

The screenshot below shows how the Windows Console will look with the black interface, including the darkened title bar.

While this is hardly a seismic change, it does bring more color unification to Windows 10 and makes the OS look more refined. Microsoft seems to be rolling out Dark Mode at a faster rate across several applications and services on Windows.

Earlier this month, the company brought the theme to the Mail and Calendar applications. Like earlier implementations of the mode, Microsoft also included a toggle. Previous iterations forced users to go into Windows Settings and turn the whole dark theme off.

With the app toggle, users can now turn off the dark theme for individual applications. It’s a feature we first saw for the Dark Mode on File Explorer.

Microsoft is also reportedly working on a Light Mode, which may also explain why the company is giving users more in-service control. The lighter theme is available in preview for the Start menu, Action Center, touch keyboard, taskbar, and other elements.