Yet another patent has surfaced proposing changes the kickstand of Surface devices. A couple of months ago we saw suggestions for variable resistance, and now documents are appearing in regards to the hinge.

Titled ‘FRICTION HINGE WITH CLUTCH-BASED RESISTANCE’, the latest patent has some improvements in mind. Under the new design, it would be easier to close the kickstand, but harder to open it.

These changes would mean the hinge is less likely to slide when the weight of the tablet is on it, but users should be able to snap it closed quite easily when they’re done. It’s a small change, but these improvements add up over time to create a feeling of quality. 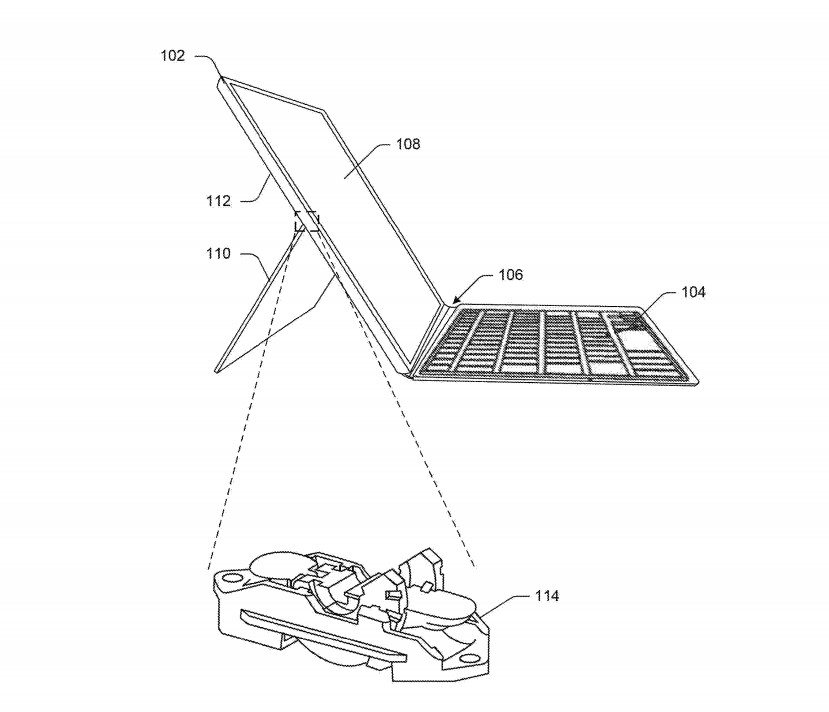 The patent described a system where a hinge would feature a shaft with band clamped around it for rotation. The closing resistance could be implemented via a regulated clutch or another locking mechanism, with the clutch possibly integrated into the shaft.

If all of these were implemented, fabric touch sensors would allow touch-based input without using traditional materials. USB-C cables would attach magnetically for convenience, and the pen would have a PCB.

So far, we’re yet to see any patents to suggest big changes for the Surface Pro line, but the Surface Andromeda would be a significant tangent. For the unfamiliar, Andromeda is Microsoft’s rumored dual-screen device, which has been showing up in patents and leaked documents.

Meanwhile, the company is looking to make its devices more affordable and is set to release an entry-level Surface Book 2 not long after the release of the cheaper Surface Go 2-in-1.