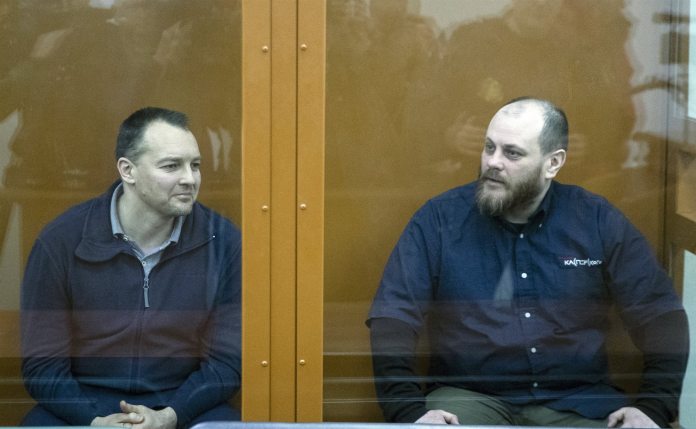 Some may say Russia takes no prisoners in the cyber war with the United States, it is accepted fact the country has influenced elections in the USA. However, when it comes to shoring up its own systems, the country seemingly does take prisoners. Indeed, a Russian court has slapped a lengthy prison sentence on an executive from Kaspersky Lab and a former Russian cyber intelligence officer for helping the United States.

Both were convicted following an investigation into Pavel Vrublevsky, a cybercriminal who was convicted on charges of running a major span network. Both were accused of sharing information about Russian cybercriminals with law enforcement agencies in the United States.

Ruslan Stoyanoc is a senior executive for Kaspersky Lab, Russia’s largest cyber security firm. Sergei Mikhailov is a former deputy chief of the country’s leading anti-cybercrime unit. Both were sentenced harshly, receiving 22 years each despite protesting their innocence throughout.

The men were arrested in 2016 and were accused of telling American law enforcement agencies about the hacking groups responsible in influencing the 2016 U.S. Presidential election. The trial has been embroiled in controversy, not least because it has been kept classified. No one knows what evidence was forwarded or how Mikhailov and Stoyanoc were defended.

#my2c_to_AP & NBC on FSB Treason case. Really people – you only got a few bad apples to get rid of and let this whole cyber hysteria story down. Makes sense! https://t.co/mBljZ5fAgQ

It seems likely that Pavel Vrublevsky named the accused. For years, Vrublevsky was among the world’s most prominent spammers and virus writers, known for running a payment firm called ChronoPay. He was convicted in 2013 after hiring a malware writer to launch a devastating denial-of-service (DDoS) attack against a competitor.

Vrublevsky has said for years that Mikhailov was using information taken by Russian cybercrime investigators and giving its to intelligence officials in the United States. KrebsonSecurity reports Vrublevsky’s long-standing suspicion of Mikhailov and Stoyanov was held for over a decade.

Perhaps suggesting his involvement, Vrublevsky posted on Facebook to celebrate the sentences. He described the convictions as “good news”.