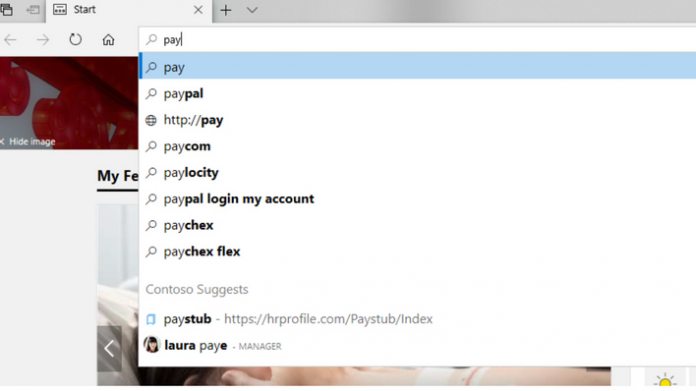 Microsoft is making some enterprise-focused improvements to its Edge browser. Members of an MSB public preview tenant will notice the changes on Windows 10 1709 or higher, so long as they’re using Bing as their default search engine.

With the new build, users will note suggestions for Windows enterprise users, internal bookmarks, and people as they type.

“This should make finding and navigating to internal resources, sites, and bookmarks just as easy as going to a public webpage,” explained Microsoft’s Suhel Parekh. “People suggestions will land users on a Microsoft Search in Bing (MSB) results page where they can explore the people card and more.”

The features require no additional setup on the part of MSB admins. So long as the user’s default search engine is Bing, the feature will work.

The search will be tailored to users as they use it, ranking which bookmarks or people appear depending on those interacted with most. In the future, Microsoft wants to add things like Q&As, locations, and more.

It should be noted that you’ll need to sign into a Windows machine with Azure AD credentials for this to work. Even then, it may be too big of a sacrifice. Most greatly prefer Google over Bing, and Edge is also unpopular.

However, as Edge shifts to Chromium, it may become more popular in the enterprise, and Microsoft is continuing to improve its search algorithm. For some, this functionality may be enough to force the switch.

You can more about the feature on the Microsoft Search blog.