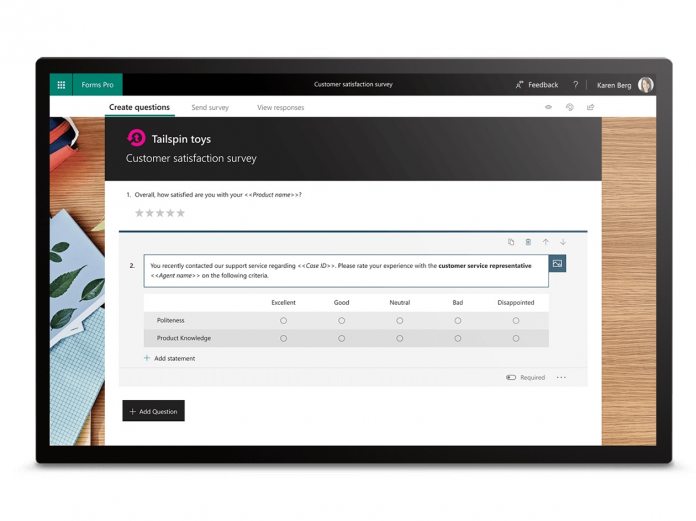 Last week, we reported on Microsoft Forms gearing up to receive a Pro version. It will expand capture and analysis tools to gain more from feedback. For example, organizations can get client feedback from secure locations. Today, Microsoft announced the Forms Pro officially and expanded on its details.

The company says Forms Pro will be available across Dynamics 365, Office 365, and Microsoft Power. As we discussed last week, the app is an expansion of the existing Forms service.

Below are some of the features available in Microsoft Forms Pro:

Today’s announcement served to just unveil the product. The company says Forms Pro will be released this spring as a public preview.

Last year, a leaked document showed a roadmap for Microsoft Forms that would put the service in more direct competition with Google.

The document showed features such as progress base, folder support, and an insert ability, as well as a mobile version of forms.