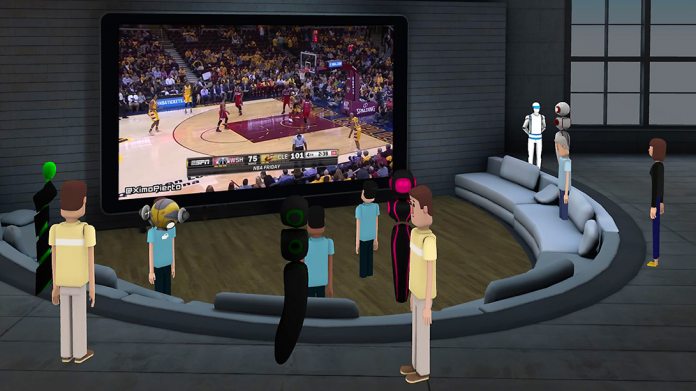 Since Microsoft’s acquisition, we’ve been keeping an eye on AltSpaceVR, a mixed reality social network with some interesting features. Last year, it got the ability to create custom worlds, and after several other improvements, it’s now available on the Microsoft Store.

“Welcome to AltspaceVR, the easiest way to meet people from around the world, play interactive games, and attend free live events in VR,” says the Store description. “Choose from over 28 activities or attend live events with comedians, DJs, authors, celebrities, and more. Day or night, there’s always someone to hang out with.”

The release indicates that Microsoft is now happy with the level of polish, but it could also be a precursor to Mobile World Congress, which is just over a week away. At it, Microsoft is rumored to be revealing the HoloLens 2.

A tweet by HoloLens creator Alex Kipman contained a short teaser video. The video is quite cryptic, containing a chip and few other flashes of what could be parts of HoloLens, but nothing solid.

However, if it is announced, AltspaceVR would be a good app to show off. It hints at a connected future for Mixed Reality and breaks the mold a little. Of course, there are likely to be other Mixed Reality devices launching at MWC, so it’s no indication in of itself.

Whatever the case, it’s one more place for users to reach the app. You’re able to play interactive games like D&D or golf, hang out in Hogwarts, and more, so it’s worth a look if you have any of the major headsets.

You can grab the app today from the Microsoft Store.