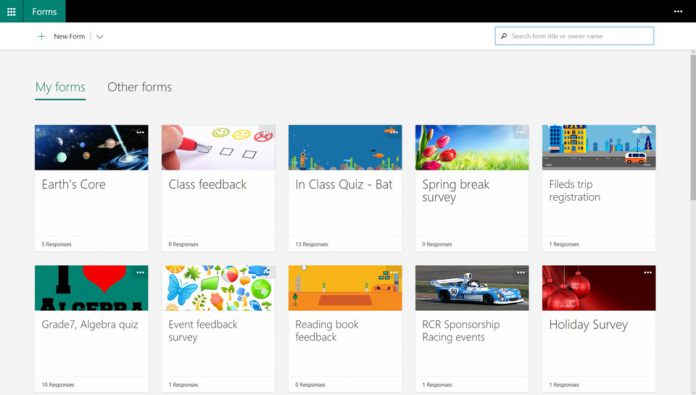 Microsoft Forms has been available to enterprise users of Office 365 since last April. Over that time, it has become an increasingly popular service that allows users to gain client input more easily. Currently, Forms is available for free to Office 365 users, but Microsoft now hints a Pro version is incoming.

Thanks to its compatibility for any browser and ease of use, organizations have embraced Forms. Microsoft says the aptly titled Forms Pro will offer a more comprehensive survey service for businesses.

It will expand capture and analysis tools to gain more from feedback. For example, organizations can get client feedback from secure locations. Microsoft has kept the details of the new version limited, so we expect to hear more in the near future.

Last year, a leaked document showed a roadmap for Microsoft Forms that would put the service in more direct competition with Google.

The document showed features such as progress base, folder support, and an insert ability, as well as a mobile version of forms.

Also last year, Microsoft made Portal improvements to the feature. A new designed and more features were added. There is now also a snapshot feature which gives users a glimpse of each form. This snapshot includes the form title, background image, and number of responses.

There is also a new search box in the portal. It is located in the upper right corner and allows users to quickly find form information by searching form title or owner.