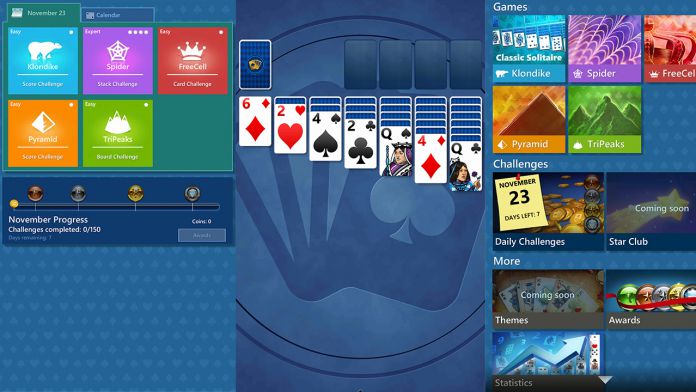 Microsoft Solitaire has a long history when it comes to Windows. It’s launched with the OS since 1990, providing ample distraction to bored employees. However, its Windows 10 version has been somewhat controversial.

With the UWP ‘Windows Solitaire Collection’, Microsoft shook up the formula, introducing new visuals, new modes, daily challenges, and more. Some are fans of the additions, while others prefer the original, ad-free version.

Either way, the app has just received a significant update after a period of stagnation. Microsoft is introducing an all-new progress system to the app to keep players invested.

Simply, the app now has levels. Players gain experience from playing in each mode, from ‘Beginner’ at level one to ‘Grand Master’ at 100. Currently, leveling up doesn’t seem to provide any rewards, but it’s a great way to keep track of your progress long-term.

Microsoft produced an entertaining ad to mark the occasion, featuring a struggling voice-over man. You can view it below:

With hope, this update will signal a new beginning for the app. Microsoft says it’s been working on the system for ‘a long time’, so its release could free up time for other features.

There aren’t that many features you can add to a Solitaire game, but the app is in need of some maintenance. Compared to its predecessors, Solitaire Collection is more bloated and slower to load.

However, it’s the UI of the game that’s in need of the most attention. Compared to recent apps, it’s extremely dated and generally looks quite amateur. An interface overhaul is probably too much to ask, but small visual tweaks wouldn’t go amiss.

You can grab the latest version of Solitaire Collection from the Microsoft Store.