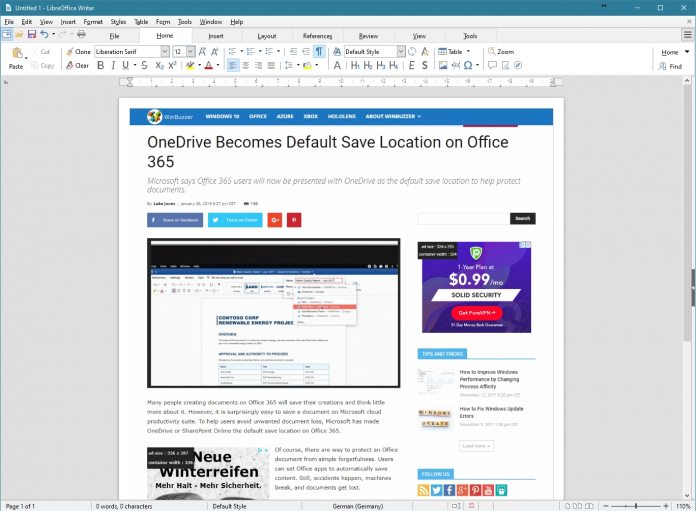 This month, LibreOffice 6.2 rolled out to users of the popular open source productivity suite. Plenty of new features have been added, but perhaps the most curious change is the introduction of a user interface that looks like the Ribbon in Microsoft Office.

The latest Ribbon-like UI addition is called Notebookbar on LibreOffice. Some users may have already seen this as it has been in development preview since 2017.

It is worth noting the new interface is not available by default, so if you don’t like it don’t use it. While adding the new element, LibreOffice 6.2 also adds the Groupedbar Compact interface. To see the new additions, head to Select View > User Interface on Writer, Impress, Draw, of Calc.

LibreOffice is widely considered to be the best alternative to Microsoft’s Office suite. It is a service that those who have been around long enough will remember was once called OpenOffice (albeit forked). The suite is free and open sourced, and while more basic than Microsoft Office, it has many of the same features.

Below is the full changelog for LibreOffice 6.2: