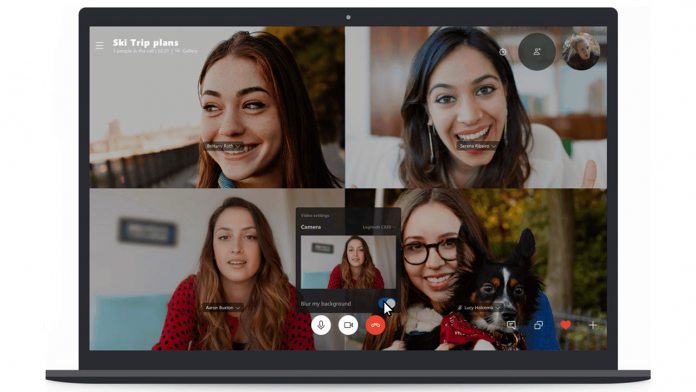 Microsoft has announced the addition of background blur to Skype. The feature initially debuted in Teams and introduces a soft blur around a user’s body for privacy and visuals.

Much like photo efforts from Google, Apple, and more, the feature uses AI to detect participants face, hair, hands, and arms. However, this is one of the first mass-market implementations of the technique in real-time video.

The idea is to make it easier to focus on the user rather than their surroundings. They should also feel less need to clean or tidy before a call, with the objects behind them falling into a nice bokeh.

Microsoft says the feature is available for “most desktops and laptops”, but it comes with a disclaimer. Skype may not be able to blur your background 100% of the time. If you have sensitive material behind you, relying solely on background blur is a bad idea.

In addition, though official examples look impressive, real-world ones are less so. The data the AI has to work with is dependent on the quality of your webcam, and many are poor. CNBC’s Todd Haselton found that it could be a little aggressive, though it did cut out the distractions.

Background blur debuted on Skype in a preview build a few weeks ago. This marks its general availability, with all new versions of the software displaying the option. You can grab the Windows 10 version of the app from the Microsoft Store and other versions from the Skype site.