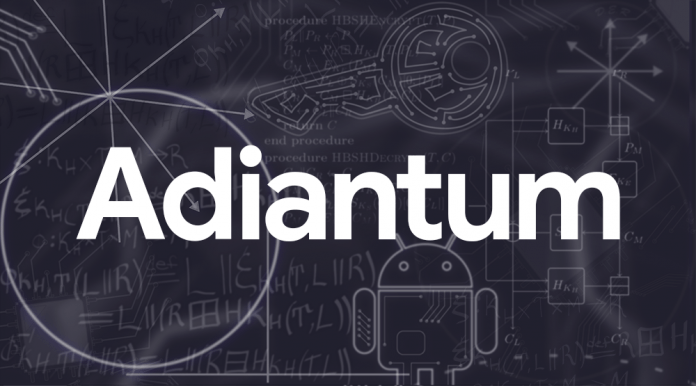 Though most mid to high-end smartphones support AES encryption, some lower end processors don’t. In developing countries, that could prove a major issue, with processors like the ARM Cortex-A7 lacking support.

Thankfully, HTTPS encryption does all of the heavy in the browser. However, there are plenty of reasons to encrypt your local storage, and it’s this niche Adiantum addresses.

“Adiantum allows us to use the ChaCha stream cipher in a length-preserving mode, by adapting ideas from AES-based proposals for length-preserving encryption such as HCTR and HCH,” explained Google’s Paul Crowley and Eric Biggers in a blog post. “On ARM Cortex-A7, Adiantum encryption and decryption on 4096-byte sectors is about 10.6 cycles per byte, around 5x faster than AES-256-XTS.”

The new form of encryption is specially designed for these low-end devices, which could include things like smartwatches and other wearables. These performance increases are extremely notable, and Google says it has ‘very high confidence’ in Adiantum’s security.

Crowley and Biggers also explained the inspiration behind the strange name. It’s a reference to the genus of the maidenhair fern, which ‘represents security and discretion’. You can read the full paper on Adiantum here.