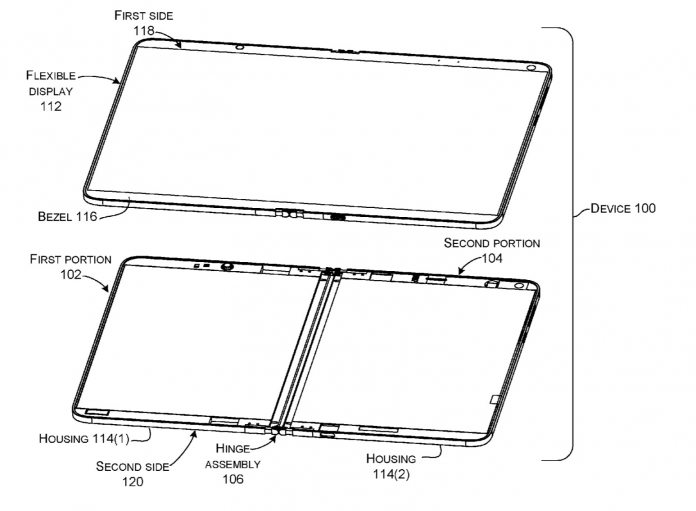 We are entering the age of the folding screen handheld device. Samsung will launch its first folded display smartphone this year and numerous companies are working on similar hardware. Microsoft is among them as the company has been pushing development of folding screens longer than most.

From the folding Surface Phone to Andromeda-powered folding laptops, Microsoft’s work has yet to be officially announced. However, the idea of folding a device onto a table, wrapping it around a wrist, or even rolling it into a pocket will appeal to many users.

Samsung’s folding smartphone is mostly rigid with a flexible screen. A plastic housing at the rear is necessary to house the battery and other components. Microsoft may be working towards a complete flexible device which tackles the problem posed by batteries.

Smartphone, tablet, and laptop batteries are usually bulky to help hardware last at least a few hours. A new Microsoft Patent published on USTPO describes a flexible battery that would work in a folding screen device.

As is usual, patents can come and go without ever being converted into released products. However, it seems reasonable to presume Microsoft will have to solve the battery problem to make any folding screen device viable.