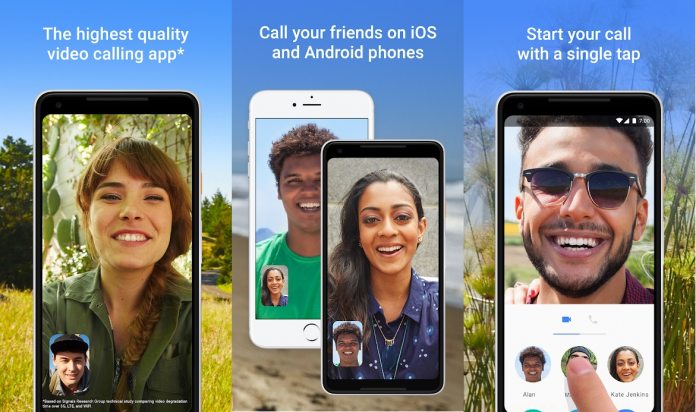 Reports have surfaced about Google’s plans to launch a Duo web client in the ‘coming weeks’. 9to5 Google says its information comes from several sources familiar with the matter.

The client will bring the Android and iOS video calling service to the desktop, competing with the likes of Skype and Discord. It will reportedly support most major browsers, such as Chrome, Firefox, and Safari.

Google Duo contains several interesting features such as video messages and knock-knock, which shows a preview of the caller before you accept. It’s a highly simplified app akin to Apple’s FaceTime, and sports over a billion downloads on Android.

A web client will significantly extend its reach, making it available on Windows, Linux, and MacOS. Assumedly, it will use browser’s notification systems to alert users, though it’s not clear what functionality will carry over.

However, if its release date is accurate, it’s unlikely we’ll see a QR code system. This is popular with WhatsApp and Duo’s spiritual predecessor, Allo. However, it means users must have a phone switched on and on the same network to use the service.

9to5 Google doesn’t believe this will be the case with Duo due to a recent APK teardown. Usually, hints at a QR system would have been spotted in the app by now. Instead, the focus of the mobile app right now appears to be a low light mode and a favorites system.

As always, it’s possible these rumors won’t come to fruition, or not in the specified time period. A later release date would naturally mean changes in the APK wouldn’t be live yet. However, a web client does make perfect sense for Google, and not being tied to a smartphone would be a big plus.