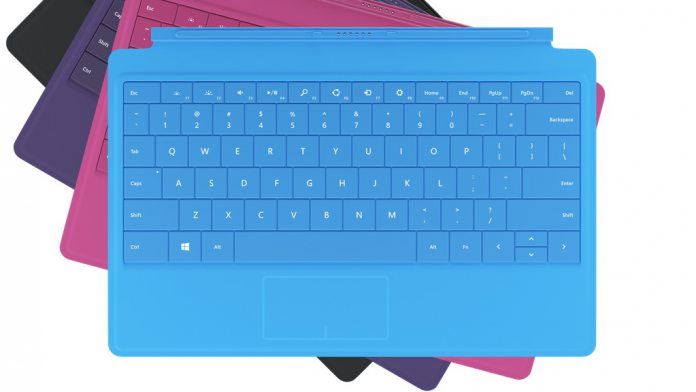 Microsoft’s constant development of technology leads to numerous patents. Some fly under the radar, while others demand attention. In terms of developing its Surface products, the company has plenty of developments cooking. The latest Microsoft patent shows how the next Surface keyboard will improve the typing experience.

Windows Latest discovered the patent published by USPTO. ‘PUSH BUTTON WITH HAPTIC FEEDBACK’ was filed in July 2017 but published last week. The patent describes a Surface keyboard that improves typing and reduces the thickness of the deck.

As the patent title suggests, the underlying technology provides a method for creating a more fluent feel when typing. Users will receive a more accurate haptic response, allowing faster and more efficient typing.

Microsoft explains how it has developed a new keyboard experience. The company says current mechanical keys have a rubber dome under the buttons. While good typing traction is possible with these keys, they limit how thin the keyboard can be.

As for the Surface Dial, Microsoft has a patent titled “PERIPHERAL USER-INTERFACE DEVICE” and was filed back in July 2017 and published last week.

This patent discusses the development of a touch sensor system that would allow added functionality. Microsoft says the sensor could be capacitive, touch, or resistive, and would also be multitouch.