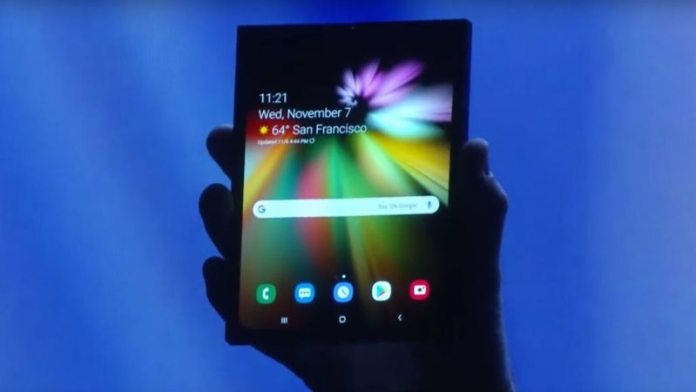 At its Developer Conference last year, Samsung showed it is at the forefront of smartphone screen technology by revealing a foldable “Flex” handset. With CES 2019 now underway in Las Vegas, the company has reportedly showcased the device again, albeit to a limited audience.

Clearly Samsung is not ready for a full launch and the technology is still in the pre-release development stage. Still, the company’s folding screens have come a long way since Project YOUM five years ago.

Of course, the South Korean company has often led the way in terms of smartphone displays. The Samsung Galaxy S6 Edge introduced folded curved screens to the masses four years ago. While it is easy to see the latest device as an evolution of the Edge screen, it is more like a seismic leap.

According to reports out of South Korea, the device can be bent (folded) at will, unlike the stuck in place Edge curve. Interestingly, it seems there are no visible signs that the screen has been folded and returned to flat.

However, there are reportedly crease marks visible when the handset is folded completely. An executive from a Samsung client company added:

“For this reason, Samsung is testing the device so that the sides remain slightly lifted when folded. The prototype seen today leaves a crease mark when being folded, but this issue will be fixed in the finalized version.”

Samsung will not have much time to iron out those kinks as the company is reportedly preparing the Flex for a first half 2019 launch. We have seen smartphone prices increase at the flagship level in recent years. With that in mind, considering its bleeding edge tech, the Flex could cost over $1,300.