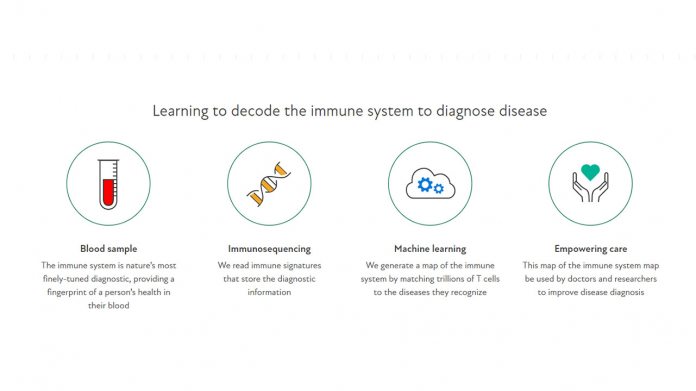 AI has seen a lot of success in the home, but the life-changing effects it could have on healthcare are becoming clear. Last month, IBM announced its fingertip chip for monitoring Parkinson’s, and Harvard followed with a sensor for premature children. Microsoft’s goals are somewhat loftier, and it bought in the new year with an expansion of a key partnership.

A year ago, Microsoft partnered with Seattle-based Adaptive Biotechnology via its Healthcare NExt initiative. Its goal is to create a blood test that can scan the body for a number of illnesses at once, including cancer, infections, and autoimmune disorders. The backbone of the AI-based system is now up and running, and the companies are looking for help to decode the data it will provide.

“The basis of our approach is the T-cell Antigen Map: nature’s mapping of your disease-fighting T-cells to antigens, the signals of disease that they target,” explained Jonathan Carlson, director of immunomics at Microsoft Healthcare NExt. “If we can learn to decode this information, a small blood sample would yield a readout of the antigens your immune system is monitoring, allowing your immune system to tell its own story.”

To aid in this, the pair are expanding their efforts to a global scale. Microsoft wants to immunosequence 25,000 people to model the binding of T-cells to antigens. Labs across the world will measure trillions of binding points, while Microsoft’s cloud and AI infrastructure will model the data into a useful format.

It will first focus on type 1 diabetes, celiac disease ovarian cancer, pancreatic cancer, and Lyme disease. Carlson explains that in the case of cancer, an understanding of T-cell’s role could let providers engineer cancer-specific ones or provide more personalized medication.

As such, Adaptive Biotechnologies is asking for help from researchers, patient groups, and the general public to get the data it needs. It will likely be some time until it reaches its goal of a universal test, but the short-term progress may still aid healthcare considerably.