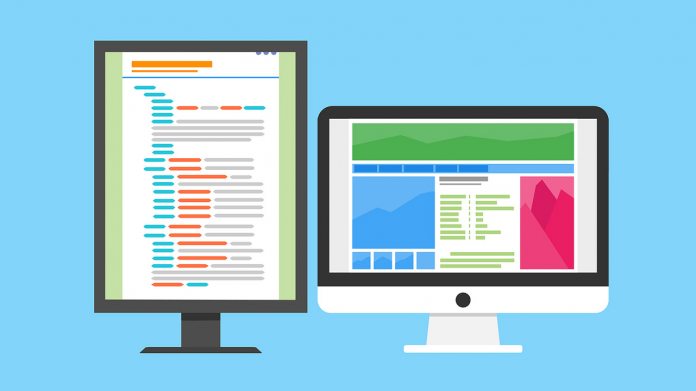 Working away from the desk is becoming increasingly common, but the productivity of laptops are yet to reach desktop level. Part of that is the inability to use two screens, which has become a staple for programmers and writers.

The base of Dell’s proposed device features a sliding slot for displays to attach, while monitors have two extruding horizontal clips on each side. In a single display setup, it slots in as normal. With multiple displays, they’re centered, the clips on either side exposed. 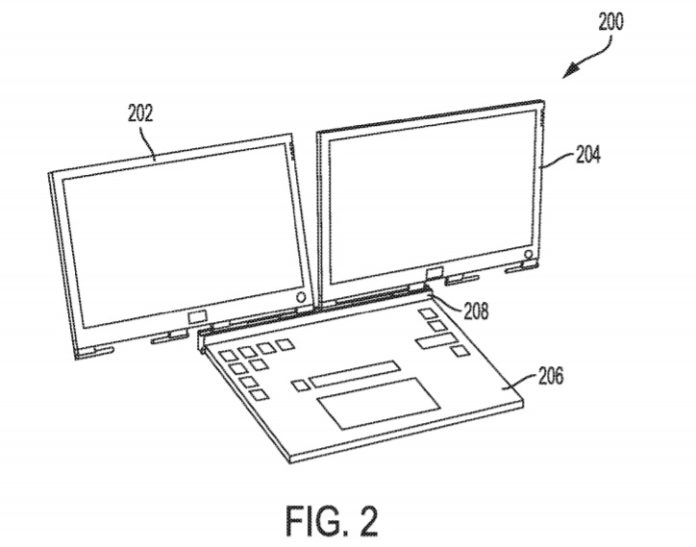 The screens appear to tilt vertically but not horizontally, which could make it difficult to fit on some surfaces. Other than that, it seems a solid concept, with other proposals for a clip or screw-based system.

Of course, the general trend is towards making laptops as thin as possible. Even with this method, Dells device would be thick and heavy when folded, but at least users don’t have to carry the extra display all the time. It doesn’t provide huge benefits over a simple USB-C display, but the centralized position should be more convenient.

As usual with these patents, it’s unlikely this device will actually make it to market. The trend currently seems to be towards foldable devices, which promise more screen real estate in a smaller form factor. It’s an interesting concept, though, and one that could see use in the future.