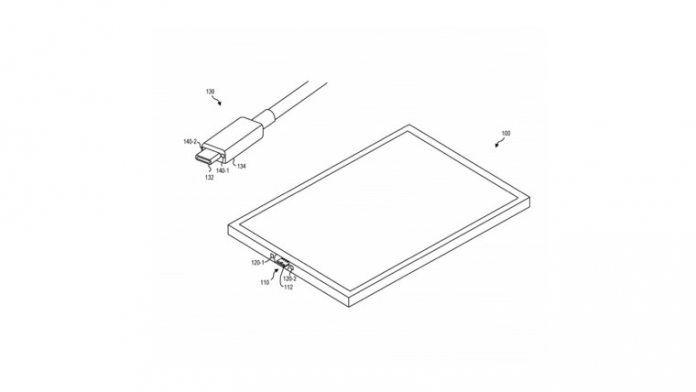 Microsoft’s slow and reluctant stance on USB-C technology is one of the few frustrating aspects of the company’s stellar Surface hardware. As USB-C is being standardized by other companies through Thunderbolt 3, Microsoft has dragged its feet. The Surface Go, Surface Book 2, and Surface Studio all have C ports, although none support Thunderbolt 3.

The company’s argument that USB Type-C is too fragmented is frankly behind the times, as does the policy of continuing to avoid including ports on the Surface Pro and Laptop. Android devices released in the last few years have USB-C, as do most of the best Bluetooth headphones.

New Microsoft Patents point to the company’s continued exploration of USB-C and the promise that one day Surface devices will fully adopt the standard. One patent filed by the company describes a magnetic receptacle and a connector with an engagement ability. This suggests a mechanism for removing or placing the port onto a Surface device.

Yes, it seems Microsoft is continuing with the idea of creating a dongle or peripheral to allow Surface Pro and Laptop users to get USB-C, instead of simply baking a port into the device. You may remember, Microsoft has hinted at a Surface Connector in 2017, before renewing interest earlier this year.

Furthermore, the new patent suggests the magnetic connector may be more universal and will host other ports besides a USB-C port. As always, a patent does not mean a product will arrive on the market. Microsoft could be researching or simply covering its tech bases. Besides, we would still rather the company adopted USB-C into all its devices rather than play around with peripherals.

Apple usually likes to keep things in house, but even Cupertino knows USB-C is going to be a standard connection. The company has embraced Type-C on its MacBook. While the iPhone and iPad remain on Lightening connectors, the EU is exploring ways to push those devices to USB-C.

Microsoft has yet to widely embrace Thunderbolt 3, a USB-C standard that provides super-fast data transfers. When connected through a Thunderbolt 3 port, users can enjoy transfer speeds of up to 40Gbps, while the standard can also power two 4K monitors and charge devices more quickly.