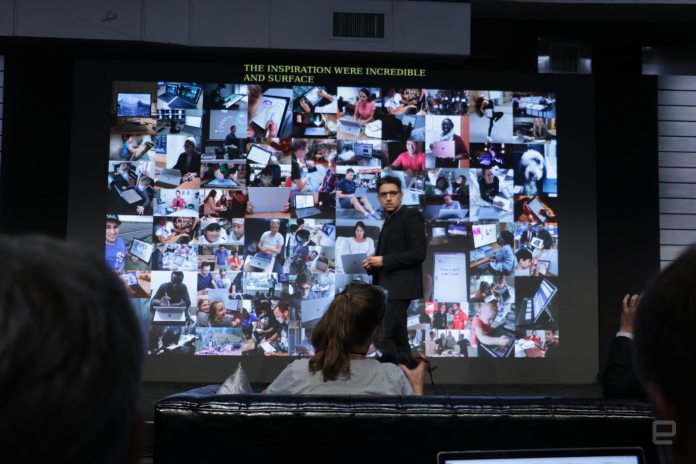 While Microsoft has grown the Surface brand into a viable division, it is not a core part of the company’s business strategy. Like Xbox, rumors consistently surround the future of Surface. In an interview, Surface chief Panos Panay says Microsoft has a long-term commitment to Microsoft Surface and Hardware.

We all know Microsoft’s $7 billion acquisition of Nokia’s Lumia brand was a disaster. At the time Microsoft was not a hardware brand and then incoming CEO Satya Nadella wrote off the purchase. Microsoft was entering an established market where Apple and Android OEMs had perfected the smartphone. It was arguably putting the cart before the horse.

As mentioned, Surface has become a division despite early problems but is not a core business. As Microsoft Surface devices are all PC based, they are also niche. It has often been argued a Surface Phone is needed if Microsoft is going to increase the brand.

Panay broke tech protocol earlier this year when he hinted Microsoft is indeed working on a Surface Phone. Since then, reports have emerged suggesting that development has been killed off. Either way, Panay says Microsoft hardware brand will not suffer the same fate:

“Lumia, of course, was a challenge. We can take those product lessons and customer lessons and move them forward. I think we have. Satya [Nadella, Microsoft CEO] talks about the growth mindset, about how we can learn as fast as we can through our successes and, mainly, our failures. When you fail, you are in a true learning mode. You are in a tremendous growth phase. And this is something we take to heart.”