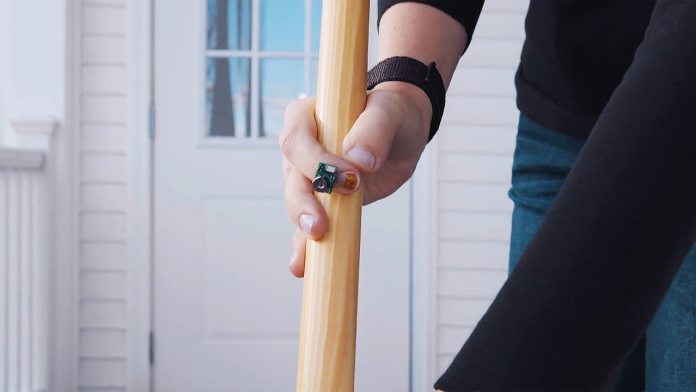 IBM has announced an AI-powered fingernail sensor that it believes can help in symptom monitoring for Parkison’s disease. Its research arm published a paper in Scientific Reports today detailing the device, as well as other possible applications.

In its current state, the sensor is glued to your fingernail. As the wearer moves, it monitors the way their fingernail flexes and moves, and can from there use AI to determine the user’s grip strength.

According to IBM, grip strength can be a good test for the effectiveness of Parkison’s medication. It can also be used to determine the health of your heart, cognitive function in schizophrenics, and more.

To do so, the company had to use a small yet extremely accurate sensor. There’s often only microns of movement in fingernails, which isn’t even visible. With this data, a neural network was able to detect tasks like the turning of a key and letters the user wrote.

“With the sensor, we can derive health state insights and enable a new type of user interface,” said researchers Heisig and Sakuma. “This work has also served as the inspiration for a new device modeled on the structure of the fingertip that could one day help quadriplegics communicate.”

This development follows a general boom in AI-driven healthcare over the past year, with the Microsoft tech used to aid diagnosis, power chatbots, perform faster scans, and connect workers with patients.

However, as these new techniques rise, so does the concern about the confidentiality of patient’s intimate data. Facebook’s head of health recently advocated for the use of online social life data to power insights into patient’s risk factors.

With IBMs chip able to record everything you write at a 95% accuracy, it’s likely such concerns would need to be addressed. For now, though, it’s an exciting peek at how AI and technology could increase the quality of life.