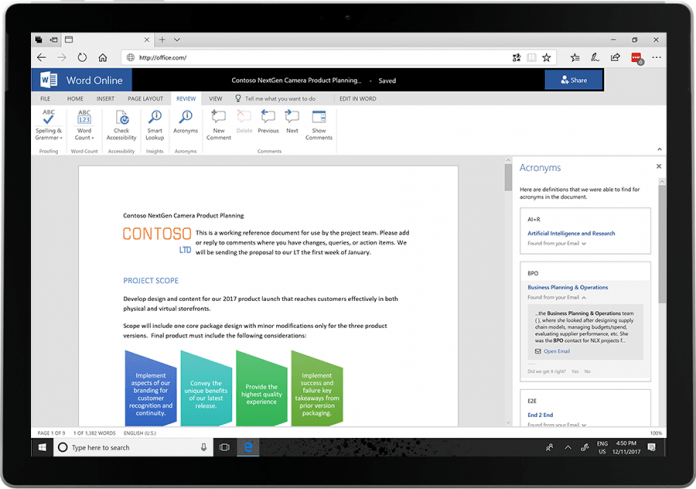 There are some big changes potentially coming to Microsoft 365 with a reported free version set to arrive next year. While we wait to see if that happens, Microsoft is continuing to update the bundle. The company has today announced its December update for Microsoft 365.

In a normal month, Microsoft will detail monthly updates at the end of the month. However, with the holidays in December, the company has pulled the trigger early.

Microsoft 365 is getting some handy updates across several Office applications. On Word, Excel, and PowerPoint, Microsoft has rolled out its Dark Mode for macOS Mojave users.

PowerPoint seems to be the focus of the new update, following recent changes made to the app for non-Microsoft 365 users. Among those changes are live real-time captions, which have also recently arrived on Skype. This feature supports 12 spoken languages and places text onto the screen from over 60.

Also on PowerPoint, Microsoft has added the ability to reuse slides from other presentations and from across an organization.

Once again, Microsoft is leveraging AI and Graph to work as part for a feature in Word. The app will now provide acronym definitions whenever you see an acronym you don’t know. To access the feature, enter the Review tab in Word to find the definition.

Last week, we reported on a proposed free version of Microsoft 365 arriving next year. Microsoft 365 became an integrated product with the launch of the Windows 10 April 2018 Update.

The service remains a bundle of Microsoft services, but is now operating as a singular product instead of individual services. Think of how Office 365 is a single product but has several services (apps) under its wing.