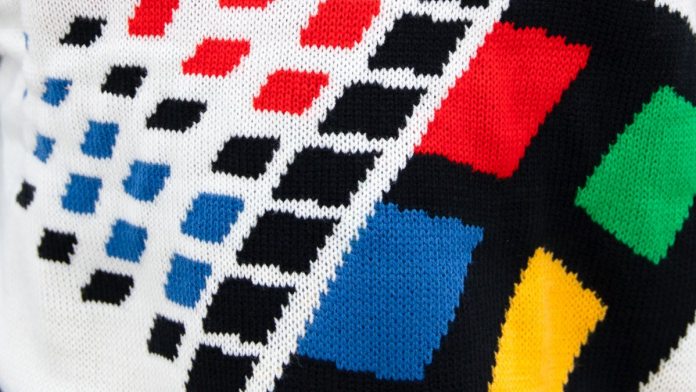 Microsoft has teased a major Windows announcement for tomorrow. While not going into details, we know that this will not be a Windows 10 reveal. Instead, Microsoft says it is planning something special for Windows 95. Or actually, could it be both?

Yes, Microsoft is officially returning to a platform it launched 23 years ago and has not supported for decades. The obvious question is what gives? Well, we don’t really know, but can speculate.

Firstly, Microsoft sent out a tweet today saying it has a software theme announcement to make. The company says “Is this #thowback sparking your #90s nostalgia? Tune in tomorrow for a major “softwear” announcement.”

Looking at the image in the tweet, it seems Microsoft is expanding its apparel line. While the company has Xbox clothes, could the company be launching a Windows 95 sweater. With the Holiday Season upon us, now is the best time to release a loud sweater.

It is worth noting there have been no leaks in this regard. Another option we considered could be Microsoft launching a Windows 95 theme for Windows 10. This is certainly possible, but if it happens the theme will arrive without having passed through the Windows Insider program.

Again, this is a possibility, but Windows 95 is not enjoying an anniversary as it was launched in August 1995. If Microsoft is celebrating the platform, it is unclear why the company would be doing so.

Luckily, we don’t have to wait too long to find out exactly what Microsoft has planned. Let us know in the comments below what you think is happening.