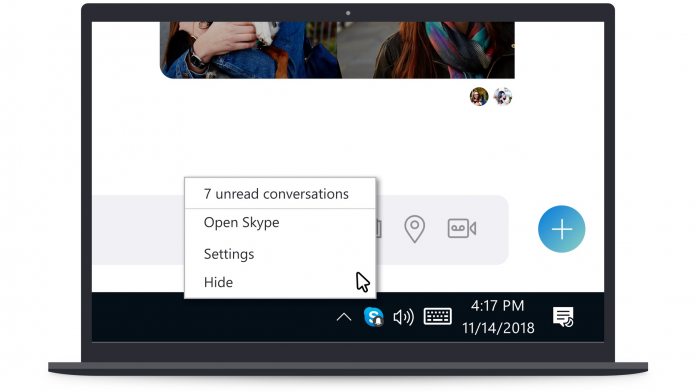 Microsoft has released a small but important for its Skype application of Windows 10. The update in question brings Skype to version 8.36.76.38 and is currently available to Skype Insiders. We expect this release to take its usual route through preview and be released to all Windows 10 users in the coming weeks.

This is an important update because if offers System Tray support for Skype users on Windows 10. Adding this support to the app has been a much-requested feature over the years. Indeed, Microsoft says it listened to user feedback when developing the support.

Many users familiar with the Skype Classic app will know that it supports System Tray icons. Of course, Microsoft has moved on from the Classic experience and thrown everything behind the Skype app.

With that in mind, bringing feature parity to the app is important, ensuring users the experience they received from the Classic app. While that drive towards parity is ongoing, System Tray support is an important step.

That said, does the System Tray support interfere with the idea of Windows notifications? It is worth remembering that any action that happens on Skype should receive a Windows Notification. In other words, what does the system tray bring to the party?

This is ideal for interacting directly with new situations but is not as nuanced as the System Tray icon. From the System Tray users can access the Skype app, such as the settings menu directly from the icon.