Back in July, Microsoft introduced Voice Dictation for OneNote and Word for Office 365. Last month, the company returned to the feature and said it would bring Voice Dictation to Word and OneNote Online versions. Today, that ability is rolling out to OneNote on the web.

We will have to wait for Word Online to get Voice Dictation, but OneNote Online users can start using the feature today. The hands-free diction support is currently available in nine languages.

Note taking is much easier due to this feature, especially for users with accessibility issues. Diction allows notes to be taken only through voice. Editing is intuitive as it works in real-time without pausing the recording.

Microsoft points out it created the feature to help users with dyslexia create documents. However, there is clearly an application for all users, especially as a note-taking feature. The company says the ability will eventually expand across Office to PowerPoint, Excel, and Outlook during 2019.

Users can sync notes across all devices through their Microsoft Account. As for the experience, users are getting the same feature set that’s available on Sticky Notes for Windows 10. Customization options are located in the top right and let you change note colors and text formats.

OneNote Online also received an update in October. Microsoft added support for inserting images directly from the camera. Users will have to allow the web app to access the camera to make this work.

The site also received an emoji keyboard, while users can also customize the AutoCorrect experience. 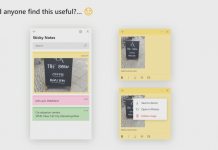 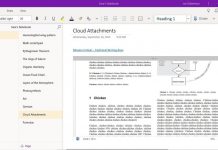