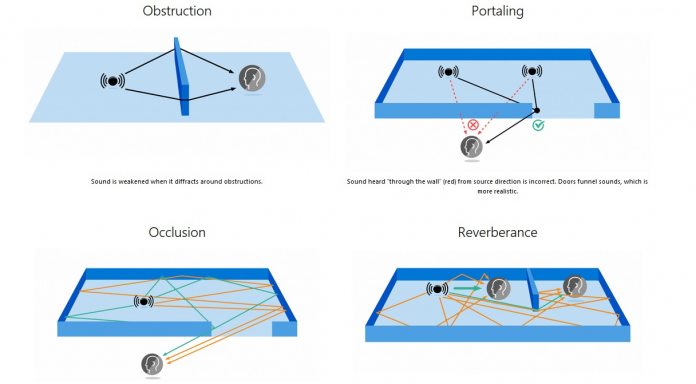 RARE Studio is a Microsoft-owned developer that created the popular Xbox exclusive Sea of Thieves. The Coalition Studio is another Microsoft Studios subsidiary that is known for creating the Gears of War series.

Together with Microsoft Research and the Azure teams, the studios are helping to form Project Triton. In a blog post, Microsoft explains how Triton will improve audio in gaming environments:

“Project Triton models how sound waves actually travel through complex 3D spaces, diffracting around corners and through doorways, reverberating in various rooms, responding to each triangle’s material. This computation is extremely expensive, so it is precomputed on static visual 3D geometry on a compute cluster in a “baking” step.

“The overall pipeline is quite analogous to light baking, moving expensive global propagation computation to a baking step rather than during gameplay where CPU is limited. This data is passed through a proprietary parametric compressor that drastically reduces data size and enables fast lookup and signal processing at runtime, allowing Triton to run even on mobile devices such as the Oculus Go.”

Project Triton is another example of Microsoft embracing open source, as it is available to everyone. Anyone can register for the preview from here.

Additionally, details of the project are available on Microsoft Docs or check out the 2018 paper that explains the underlying tech.