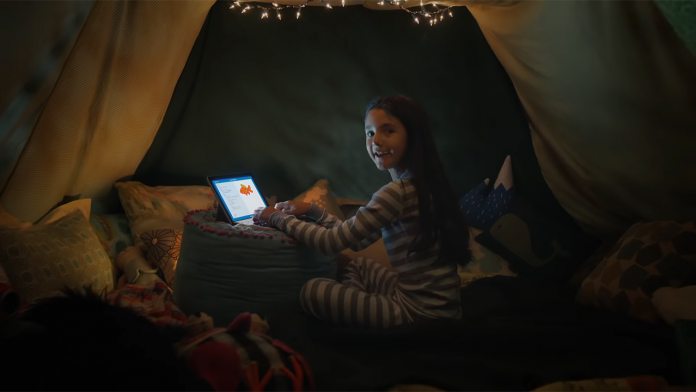 Few things elicit a bigger groan that Apple’s “what’s a computer?” ad. At the time it was seen as an out of touch, ridiculous statement by many, and it seems Microsoft is playing off of that outrage.

In a humorous ad titled ‘Grandma Got Run Over by a Reindeer’, the company musically declares that the iPad isn’t a real computer.

“Grandma, don’t run out and by an iPad. It was fine when I was 6, but now I’m 10. My dreams are big so I need a real computer, to do all of the amazing things I know I can,” sings a girl.

The ad carries on the tradition of the companies bashing each other but may fall a bit flat during the holiday season. In a period where most marketing focuses on kindness and good cheer, Microsoft’s is negative.

It’s worth noting, though, that the company’s Xbox commercial does fit those guidelines. Its Reindeer Games ad features a heartwarming story about Owen, a disabled gamer able to play the console due to the Xbox Adaptive controller.

There’s No Such Thing as a ‘Real Computer’

Just like Apple’s commercial, the message of the Surface ad is a little silly. The definition of a computer is broad. A smartphone is a computer, a tablet is a computer. You could even make an argument for the Apple Watch and other wearables.

That was kind of Apple’s poorly executed concept, that the future of computing isn’t necessarily desktop and laptop exclusive. A ‘real’ computer depends entirely on your personal requirements.

In some ways, Microsoft’s commercial is a reply. It’s saying, “This is a computer. It can do many things an iPad can’t, the same tasks as a desktop.”

With the release of the latest iPad Pro, that may hit close to home. The overwhelming sentiment in reviews has been that it’s a fantastic device let down by the limitations of iOS. It’s no accident that Microsoft is comparing its $350 Surface Go to Apple’s high-end device.

Ultimately, children’s first consideration when it comes to a tablet isn’t often productivity, though. They want a device that can play games, watch YouTube videos, and look nice. However, this ad may actually convince its target audience, parents, that the $350 Surface Go is a better idea than a $1000+ iPad.

Still, while the Go is a fantastic device for the money, its small screen and lesser performance may not make it the perfect fit for students. The Surface Pro would have been a more apt comparison, though it would still be one expensive Christmas present.