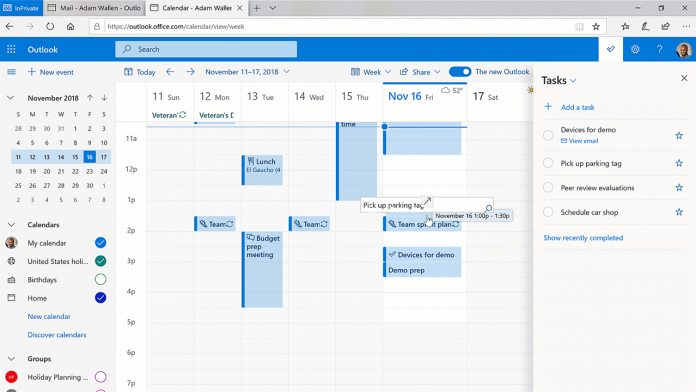 Microsoft has rounded up all the new features in Microsoft 365 this November, including some interesting AI-powered upgrades. Additions hit Word, Teams, Outlook, and PowerPoint, with several large improvements.

In Word, Insiders will note use of machine learning to ease collaboration. The application can now notice when users type phrases like ‘TODO:’ and ‘<<insert closing here>>’, automatically forming a list for easy navigation. If those To-Do’s @mention a contact, Word will automatically email them to let them know they have an incomplete task.

Tasking features will also come to Outlook with an updated Microsoft To-Do integration. Much like Gmail, the new web design will let users drop emails directly into their task pane, with it then cloud syncing to the To-Do app. From the pane, users can also drop tasks onto their calendar to schedule them. The feature will begin to roll out with the new design in December.

Before then, though, Outlook users will notice some new sign-in options. After user feedback, Microsoft is letting users sign in with their work and school account on Outlook.com. After sign-in, they’ll simply be redirected to their company or school sign-in page, where their login details will be auto-populated.

Always looking to close the gap with Slack, Microsoft Teams has also netted some improvements on mobile. Among other things, users can now schedule meetings, search for colleagues, and set quiet hours to modify push notifications at certain times.

Finally, PowerPoint has netted two significant upgrades. The Editor will finally come to the app in December. The feature launched first for Word and uses AI to suggest improvements to user’s writing, including grammar, clarity, and concision.

Available more immediately is the ability to implement forms and quizzes in PowerPoint due to Microsoft Forms integration. The idea is to get quick feedback without having to direct users to different apps.

In all, it’s a strong month for the apps, with some interesting features rolling out next to massive changes to Office’s icons, which are now placed firmly in the modern era. You can read the full blog post here. 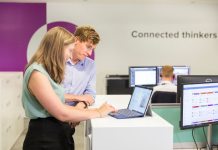