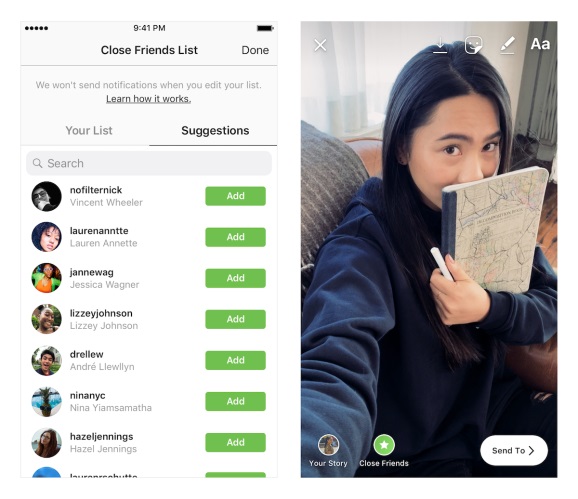 While Facebook is scrambling to save its already dubious reputation amidst a line of scandals, the company’s Instagram division is soaring. Now the most popular social network, the image-based service is the hip choice amongst celebrities and teens. Stories has been a big part of Instagram’s continued rapid growth, and the company is making some changes to the feature.

As you may know, Stories is a feature that was first used by Snapchat and helped that service reach widespread popularity. Instagram decided to wholesale copy the idea. The result has been the service becoming ever more popular, while Snapchat has lost its unique feature.

In June, Facebook confirmed 400 million daily active users use the Stories feature, and Facebook thinks it will replace the News Feed on its social network.

However, users have been increasingly keeping Stories private. While Facebook would probably like Stories to be shared, many prefer to keep them contained within their own friends and contacts. With that in mind, Instagram has announced a feature called “close friends”.

As the name suggests, this allows users to restrict who sees their Stories. This can be done by heading to the side menu on the profile and creating a close friends list. You can choose as many people as you want as there is no limit. The next time you create a Story, an option for sharing it with all of your contacts or just “close friends”.

“If someone has added you to their list, you will see a green badge when you’re viewing their stories. You’ll also see a green ring around their profile photo in the Stories tray.”