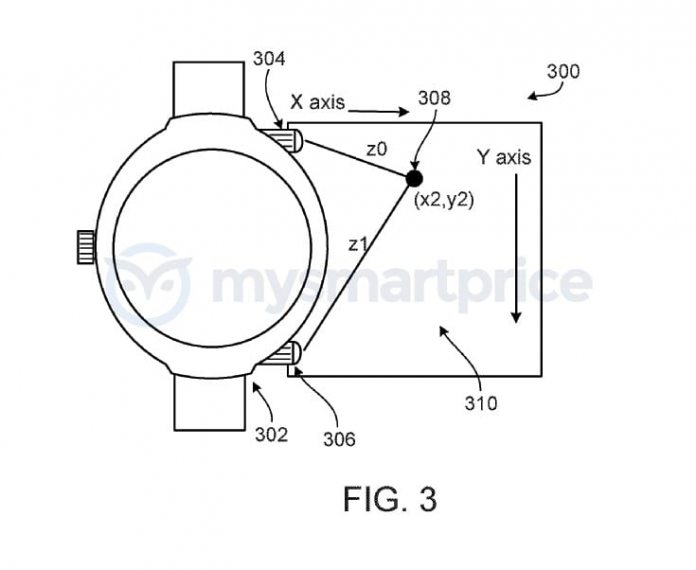 Google plays a big part in the smartwatch market, but only as a software supplier. The company’s Android Wear OS is available on many devices from numerous OEMs. However, Google may be ready to pursue its own hardware if a patent filed by the company moves towards full development.

The new smartwatch technology would use the skin of the user as a navigation input. The aim is clearly to develop wearable hardware that moves beyond fitness tracking.

Google has titled its patent “Gesture-Based Small Device Input”. The filing points to a smartwatch that cab be controlled with something Google describes as a “virtual mouse pad”. The company explains how this will allow the wearer to use finger movements as a stylus input device for interactions.

The clear goal is to extend the abilities of smartwatches. Current wrist wearables are limited, even if they do have touchscreens. Finer movements are virtually impossible, but Google’s patent could solve those problems.

For example, users may be able to compose emails directly on the smartwatch. To achieve the new input method, Google describes a pair of sensors that can provide depth perception.

As with all patents, there are a few questions left unanswered. Firstly, is this just an experiment or is Google moving ahead with this technology? Secondly, will the technology be for Google’s own smartwatch tech or will the company license it to Android Wear OEM’s?

It would be interesting to see Mountain View release its own wearable, not least because it would mean following similar pattern to Android smartphones.

At first, Google was not interested in developing its own Android smartphones. That started to change with the Nexus devices, which were Google branded but created by OEMs like LG and Huawei.

In recent years, Google has started creating its own bespoke hardware in the form of Pixel devices.